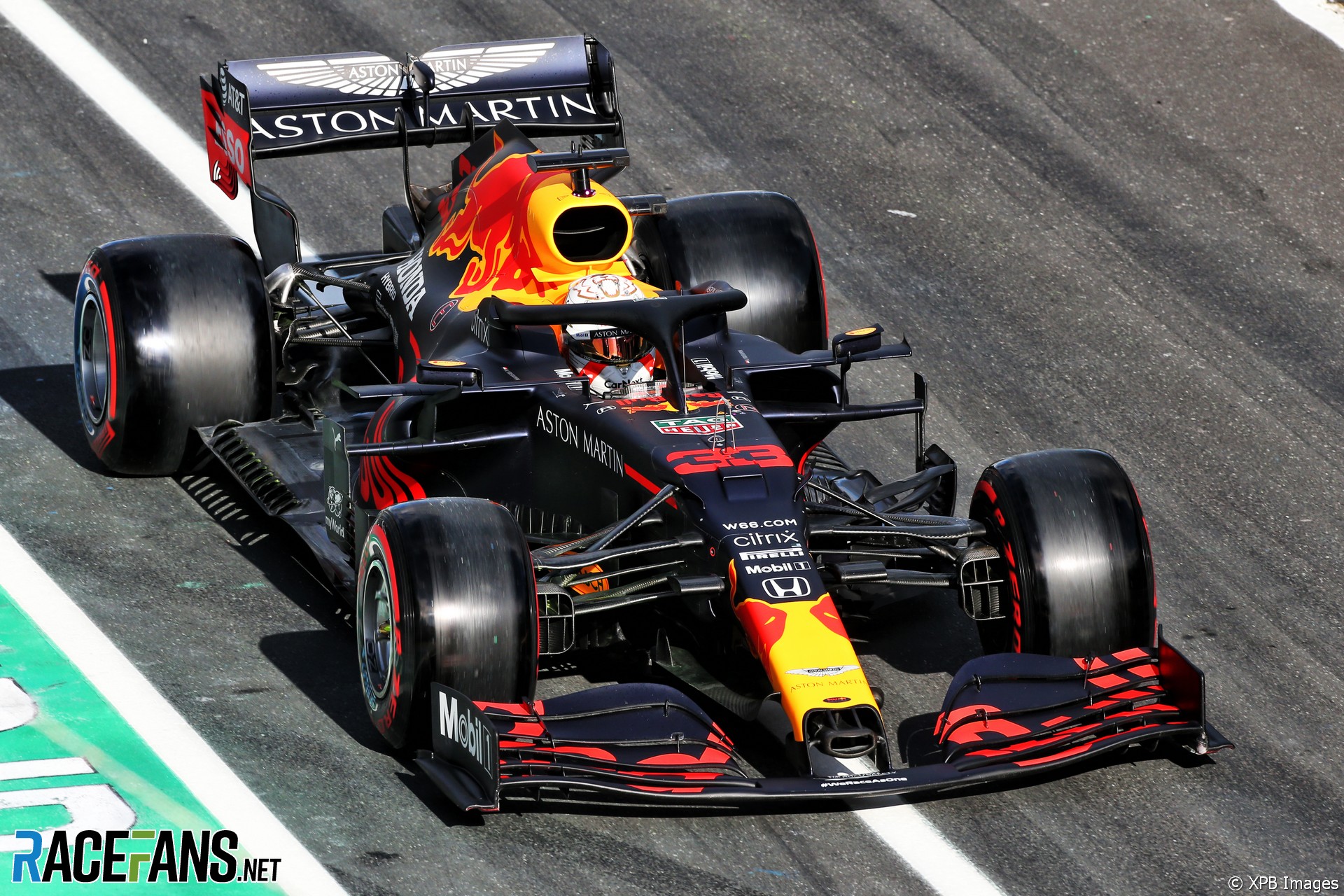 Red Bull team principal Christian Horner is encouraged by the progress the team has made in improving the performance of its car in recent races.

However he says some of the problems they’ve identified in their RB16 won’t be addressed until its ‘b-spec’ replacement arrives next year.

“Generally we have looked a bit more competitive this weekend,” said Horner. “I think particularly sector one we looked all weekend like we had the upper hand.

“Sector three was our weakest sector in comparison to Mercedes. But I think generally it’s been a strong weekend for us. I think we have made progress, so that’s definitely encouraging.”

Red Bull lapped within two-tenths of a second of Mercedes at the Nurburgring, which is the closest any team has got to the dominant W11s all year.

Horner hopes that will give them a chance to rival Mercedes at some of the unfamiliar venues F1 will visit over the final six races of the year.

“It felt like were a step closer today,” he said after the race. “There were areas of the circuit here we were equal to or better than the Mercedes. Turn 13, 14 seemed to be our weak spots in comparison to them at this circuit.

“So let’s see: We’ve got Portimao, we’ve got Istanbul, we’ve got Imola, they’re all circuits that will be quite interesting for us.

“We’re keen to finish the season on a positive momentum having sort of understood quite a few of the issues that we’ve had with RB16 so that’s addressed going into RB16B.”