Mike Rockenfeller believes Rene Rast will be considered a DTM legend in 10 years after the German driver beat Nico Muller to clinch the 2020 drivers’ title.

Rast overhauled early season title favourite Muller to claim his third DTM title in four years, with a run of four victories at Zolder being the key to his championship challenge.

His latest championship triumph puts him in the history books as the third-most successful DTM driver, only behind Bernd Schneider (five titles) and equalling the tally of Klaus Ludwig. He also scored his 24th race victory at Hockenheim, helping him to surpass two-time DTM champion Mattias Ekstrom and become the most successful driver in Audi’s history in the series.

2013 champion Rockenfeller says what Rast has achieved is worthy of legendary status, even if people won’t immediately give him that tag after his latest success.

“Definitely in the history of the DTM, he’s definitely one of the best, probably behind Bernd,” Rockenfeller said.

“If you want to call Rene a legend, then Rene is a legend. For me what Rene did is impressive and the team, the whole package, they did a really, really great job. You have to [give him] credit. Legend or not is more down to journalists or people, I’m not thinking about it that much. 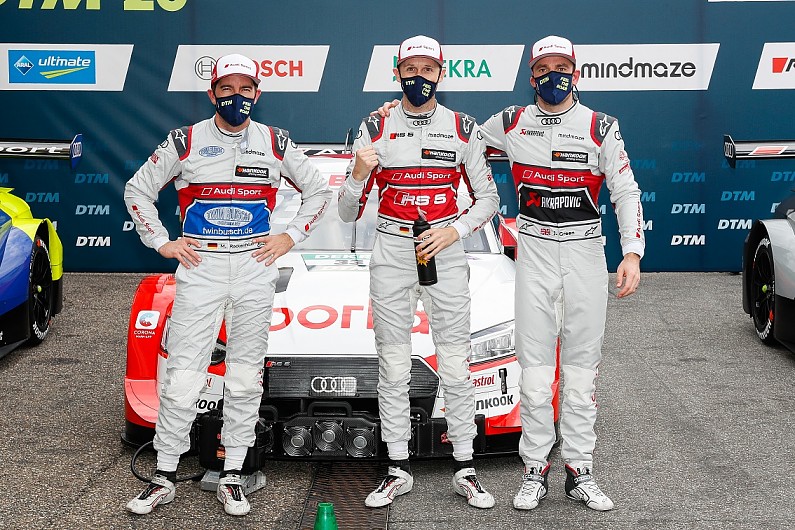 “I think right now it’s always difficult to say legend. But when you look at it 10 years from now, he will definitely be seen as a legend. Whoever will watch DTM in that period, he will put his stamp on massively because he was dominating those years in a way. So, hats off to him.

Rast himself dismissed suggestions that he should be considered a legend, crediting the role Team Rosberg has played in his success since he made his debut in the DTM as a full-timer in 2017.

“I don’t know, you tell me,” said Rast. “At least I’m ahead of Mattias and Gary [Paffett] in victories and the third-best DTM driver in that case, but I’m not a legend. I’m still too young.

“We had some very good years. Could have been four titles. Obviously like I said I can’t thank my boys enough.

“They really live for that car, for that team. Sometimes I’m not even allowed to touch the car because it’s getting polished and when I touch it my mechanic comes and takes a piece of paper and polishes it again.

“So they are really loving and living that racing life. That’s how should be. And they deserve it.”