Kimi Raikkonen says he is still in talks with Alfa Romeo about staying on for the 2021 Formula 1 season, and is yet to sign a new deal.

Raikkonen, who sets a new record of 323 Grand Prix starts this weekend, has long said that the decision about continuing into next year is his to make.

Sources have suggested that a deal had already been agreed with the Hinwil team, but when asked whether he will continue into 2021 he said that he is yet to make a final call, and joked about the contrasting views on the opposite ends of his unusually long career.

“Nothing has been decided so far,” he said. “And yeah, for sure it started with I didn’t have any experience.

“And now I’m getting too old, so that they want to get rid of me! In the middle one way it worked okay. And now it’s not great for some people anyhow.

“We’ll see. Obviously we have some talks with the team. It’s obviously my decision in the end, and we’ll see what it comes to be.”

Raikkonen downplayed the suggestion that he agreed a deal at the end of September when an option came up.

“If you believe the news, maybe then it’s the truth. But I never had an option in my contract. So that’s pretty much telling you that it’s not true.

“I’ve read so many things in the news, and over the years, that I stopped reading them, because maybe 90% is far from the truth. And then 10% is something to do with it. 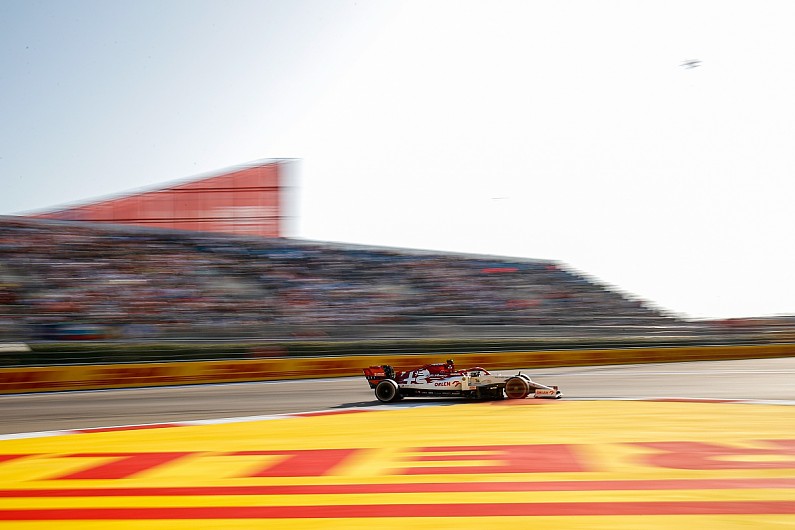 “So no, I haven’t signed anything, I didn’t sign last week or a month ago or yesterday or today. We’ll see.”

Asked for his thoughts on his 2020 season, Raikkonen admitted that Alfa Romeo hasn’t been as competitive as he would have liked.

“I mean, I enjoy the racing,” he said. “But obviously we have more fun when we do better.

“It’s definitely not been something we want it to be, or where we’re aiming, but it was quite early on very clear that we are not where we were hoping to be, for many different reasons.

“But the racing I still enjoy, we had good battles. I wouldn’t be here today if I wouldn’t enjoy it, I can do other things also.”

Schumacher, who will drive Antonio Giovinazzi’s car in FP1 on Friday, has been strongly linked with the second seat at the team – which Ferrari has the final call over due to its partnership with the team.

“We spoke some years back already, and he’s a great guy, and a copy of his father in many ways.

“It’s great to see him, I think it’s nice that he’ll be in the car tomorrow. It’s a shame for Antonio, but it’s FP1.

“Hopefully the weather is going to be okay, so we get normal running.

“If it’s miserable like today it’s not gonna be that much fun, but I think it’s great to see him during his first appearance, especially with us.”