Racing Point Formula 1 technical director Andrew Green says that the team may switch its focus to finding more qualifying pace in the final races of the 2020 season.

This year, the Silverstone outfit has tended to make set-up choices that have compromised pace over one lap with the upside of protecting its tyres in races.

Racing Point is currently embroiled in a close battle for third in the constructors’ championship, sitting one point behind third-placed Renault and on the same total as McLaren.

However, despite the high stakes involved, the team has stopped development on the RP20 and already turned its attention to its 2021 challenger.

“We have been looking to next year for quite a while now,” said Green.

“Significant aerodynamic changes are needed for next year’s car, so we’ve been looking at that for a while.

“We haven’t got anything planned to come to this car for the last few races, as much as we’d really like to.

“So I think we will take stock of where we have been in the last few races, and see if we need to make some adjustments, maybe a bit more towards the qualifying side rather than the race side.

“We’re still in there, it’s close. We’re in it for that position and it’s going be a good battle.” 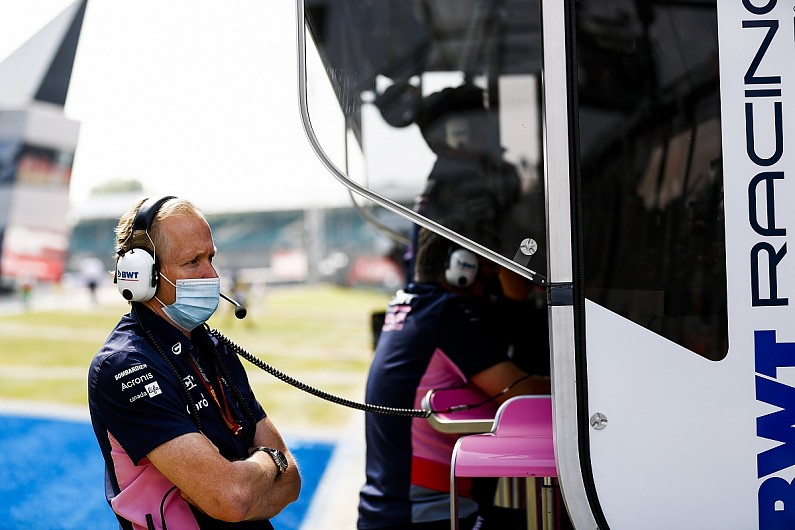 While the outgoing Sergio Perez has banked points in every race he has started this year, finishing each of the last five races inside the top seven, team-mate Lance Stroll hasn’t scored a point since his podium at Monza.

Green acknowledged that the litany of incidents including a tyre blowout at Mugello, contact with Charles Leclerc in Sochi and Lando Norris in Portugal, and a damaged front wing on the opening lap at Imola – either side of his COVID-19 absence from the Nurburgring – have “dented his confidence” and left Racing Point rallying to get Stroll scoring points again.

But Green said the team had “put all that behind us” and was fully focused on the final four races, which he said didn’t hold “any major concerns”.

“I think we’d look back and say we’ve had a rough run of luck, to be honest, a really rough run, and we should be clear in third place,” he said.

“But we’re not, but we’re not going to sit back and cry about it. It’s just head down and get on, make sure that we do the best we can and if luck smiles on us then great.

“But sometimes you have to make your own luck.

He added: “I think Bahrain potentially could be good for us.

“It’s really hard on tyres, it’s got a really rough tarmac so I think the way that we’re naturally kinder to the tyres might help us with that one.”