Tito Rabat says his heart was left “completely broken” upon learning he would be losing his Avintia MotoGP ride to Valentino Rossi protege Luca Marini in 2021.

Marini’s move will also bring the VR46 team into MotoGP for the first time, with the Italian bringing some of crew with him and his bike to run in the team’s colours, while boss Pablo Nieto is set to take on a senior role within Avintia.

It is thought that from 2022 VR46 will takeover Avintia’s grid slots completely.

But Marini’s move has come at the expense of Rabat, who did have a contract in place with Avintia for 2021 having brought substantial backing to the outfit when he joined back in 2018.

The 2014 Moto2 world champion says his goal is to remain in MotoGP and feels he is good enough still, but admits the Avintia news came as a blow.

“You arrive here, you see that you don’t have the opportunity that you deserve when you arrive in MotoGP because I always stayed in a private team and in this category it’s very difficult to make good races,” Rabat said.

“It’s not impossible, but you have less chances to do it well. With all these years, I fight, I keep the mentality to keep pushing and I think I learned a lot of things. 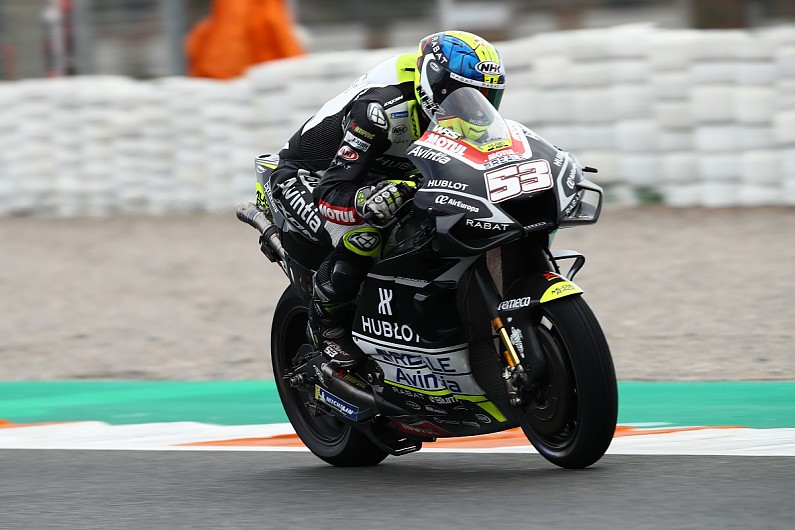 “You see now the lap times between the first and the last are crazy.

“For me, if I have the chance [to stay in MotoGP] it can be super-nice and we’ll see.

“For me, when I see that I [will be] without a bike [at Avintia] my heart was completely broken as you can imagine.”

Rabat says his manager is currently looking at options for 2021, with the Spaniard eyeing the vacant seat at Aprilia.

“My manager is looking at the possibilities we have for next year, especially one in concrete which is Aprilia,” he added.

“Will be a dream for me that one team in MotoGP bets on me and I have the opportunity to have a possibility [to stay] in this championship.

“But at the end, many top riders are looking for this place and will be super-difficult, but I believe in my possibilities.

“I know I’m in a great performance and I know with a good bike and with a team that supports me, I have the level to stay fighting where I have to stay.”

Autosport reported earlier this week Marini’s Moto2 team-mate Marco Bezzecchi has emerged as a favourite to join Aleix Espargaro at Aprilia next year.

Rabat also has not ruled out the possibility of switching to World Superbikes next year.