Mir headed Rins to secure his first MotoGP victory on Sunday at the Ricardo Tormo Circuit and also led Suzuki’s first 1-2 in the premier class since 1982, with the former moving 37 points clear in the standings with just two rounds to go.

Rins has moved up to a joint-second in the standings with Quartararo, who ended the European GP in 14th after an opening lap crash.

The nearest Yamaha to the Suzuki’s was 11th-placed Franco Morbidelli some 17 seconds behind them.

With it now looking likely Mir will win the 2020 championship, and based on recent form – with Suzuki enjoying double podiums in four of the last five rounds – Quartararo sees both being impossible to beat for Yamaha.

“First of all, both riders are really fast,” he said when asked if the gap between Yamaha and Suzuki is as large as it seems.

“We can say first of all it’s the rider, then the bike. But looks like we have tough times, really irregular season for me and for Yamaha.

“Looks like they are always on top, but looks they are a big step in front of us, especially when you consider we finished 11th, 13th and 14th.

“So, yes, I don’t know what to say but looks like they are really unbeatable, both riders.” 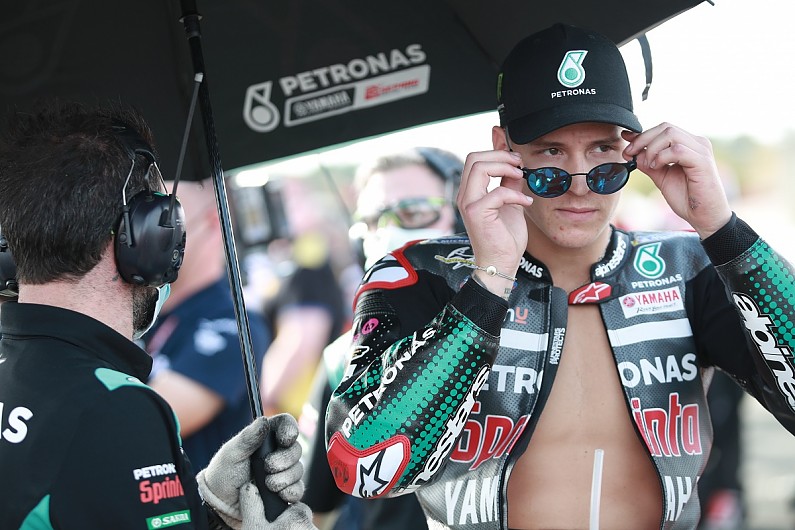 Quartararo lamented Yamaha’s inconsistent form across the 2020 campaign and stressed the marque needs to iron out “stupid mistakes” to get on terms with Suzuki in 2021.

“We know that first of all we need to keep the same base [bike] because we can’t make any improvements [due to the rules],” Quartararo said when asked by Autosport if Yamaha can work better to be able to match Suzuki next year.

“And they make double podium almost every race.

“We need to discuss what we need to improve, and I have some quite clear ideas for some problems we’ve had this year and for next year to try to work better.

“But it’s not really easy, but if we can avoid stupid mistakes it will be great.”