Petronas SRT’s Fabio Quartararo says it would be “a great opportunity” for Yamaha if it can sign outgoing LCR Honda man Cal Crutchlow as its test rider for 2021.

Crutchlow admitted on Thursday ahead of the Valencian Grand Prix that he is “very far in discussions” with Yamaha over a test rider role in 2021, having elected against an option to got to Aprilia as a race rider.

Yamaha’s testing plans in 2020 with Jorge Lorenzo were largely scuppered by the COVID-19 pandemic, though the three-time world champion never rode the current bike and was four seconds off the pace in a recent test at the Algarve Circuit.

Quartararo admitted last weekend the 2020 M1 never felt like his bike, with both he, Maverick Vinales and Valentino Rossi repeatedly complaining about the bike’s inconsistent performances.

The Frenchman thinks Crutchlow’s experience of Yamaha, Ducati and Honda machinery would make him a key asset in 2021.

“I think this is something really important for us,” he said when asked by Autosport what his thoughts were on Crutchlow potentially returning to Yamaha in a test rider role.

“Actually, this year with the test rider we did not many laps, I would say. So, I think it would be great to have – I think like all the manufacturers – a rider that really wants to ride, to Yamaha also to make a lot of tests with the bike.

“And I think this is something missing right now. Cal is riding the Honda, he’s also ridden the Yamaha and Ducati, so I think it’s a great opportunity for Yamaha.

“And I think it’s great and I hope we’ll find something together to get Cal in the family for next year.” 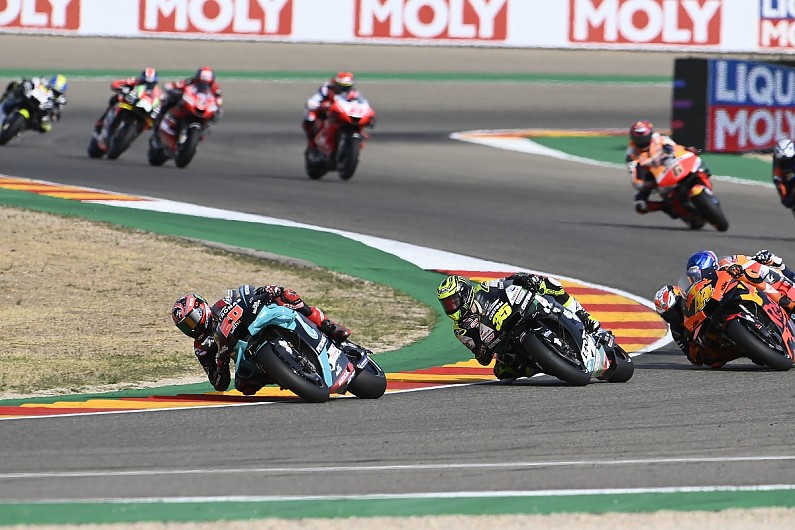 When asked the same question by Autosport, Vinales felt Crutchlow would be a good fit because he is “very direct” with his comments, while also noting his experience of the Honda will help Yamaha improve the M1’s rear grip.

“My feeling is that for sure it will be important if we can have Cal,” he added.

“What I like from [him] is that he is very direct with the comments and if he has to say something bad about you he will say, and this is what we need.

“We need to understand if this work or doesn’t work [on the bike], not in five months but the next day because we need to improve a lot.

“This is the point. For sure it’s not our decision, it’s a Yamaha decision. But what I feel from Cal is that he can improve the bike a lot because what we see from Honda is that they have a lot of rear grip and he knows how much rear grip Honda has.

“So, we can have this information and the way he is riding, when I see Cal… when he has his day it’s very difficult to beat Cal.

“He can bring very good information. And for sure I like his character because he’s very direct and this is what we need now in the team.”