Pol Espargaro says he has “no regrets” about ending his MotoGP career with KTM without a race victory and is “super-happy” with his achievements from the last four years.

Espargaro joined KTM for its debut season in 2017 and spearheaded development of the RC16, bringing the marque its first MotoGP podium in 2018 in a wet Valencia race.

This season, he added five dry rostrums and ended the campaign as the best KTM rider in fourth, but a maiden race victory proved elusive as rookie team-mate Brad Binder and Tech3 KTM rider Miguel Oliveira notched three wins between them.

Espargaro will join Marc Marquez at Honda next season, but said expressed no hard feelings over ending his KTM career without a victory.

“I promise you I’m not lying. It’s not what I was looking for at KTM,” Espargaro said.

“I wanted to win, but it was not something… many people have asked me in the media debriefs ‘ah, you need to win?’.

“I always want to win, I always go on track with that winning mentality, but it doesn’t always happen.

“And in the end, if you see the result of [Joan] Mir, he’s world champion by winning just one race. Winning isn’t always what you need.

“It’s just sometimes for me the knowledge is more important, the results day by day, the people around me, the results we did through the whole season.

“Five podiums is five days super-happy, and maybe one victory is one day happy. With two pole positions, I didn’t miss anything.” 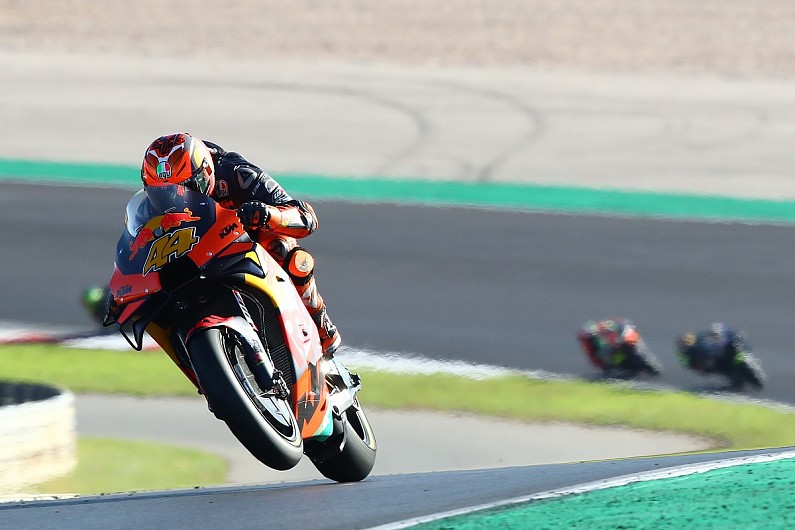 Espargaro conceded that his biggest regret this season was the Brno round in which Binder broke his duck. The Spaniard had started ahead of the South African and was making progress before being embroiled in a race-ending collision with Johann Zarco.

“What I miss was that race in the Czech Republic, to finish it, because I think I was very strong and I had big chance to win that race,” he said.

“I had it many times, just that time [at Brno] it was out of our hands, but the last two times [in the Austria races] where we could fight for the win it was our problem, our mistakes that makes us not win.

“So, no regrets. I’m pleased with myself and super-happy with what I achieved in the end.”

Espargaro’s fourth place in the Portuguese GP put him level on points with outgoing Ducati rider Andrea Dovizioso in fourth after a “super-strong end to the season”.

“I can just say thanks, because it has been an amazing time together.” Brno confirms no Czech Republic MotoGP round in 2021 | MotoGP