Podium “was ours” before pit stop under Safety Car · RaceFans 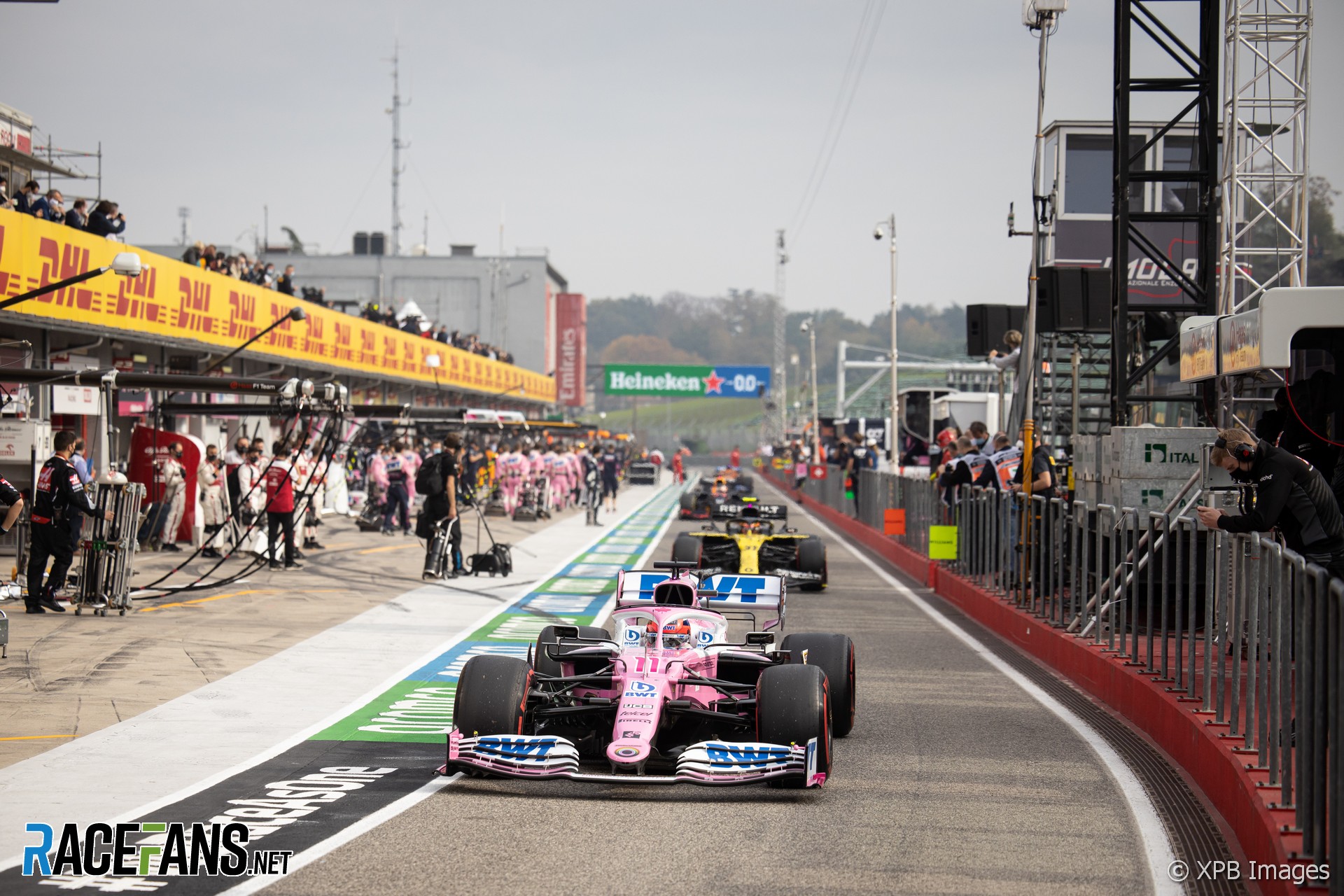 A frustrated Sergio Perez says he believes a podium finish was “in the pocket” for Racing Point before the team’s decision to pit him during the late Safety Car.

Perez, who started 11th, moved into third place on lap 51 after Max Verstappen’s retirement, but Racing Point’s decision to pit him under the Safety Car saw him drop down to sixth place, where he ultimately finished.

Perez said “we had the podium very much in the pocket” before the extra stop. “It was ours.”

Racing Point had opted for Perez to have a longer first stint on the medium tyres than many of his rivals, which allowed him to benefit from running clear air and rejoin ahead of Daniel Ricciardo after his first stop on lap 28.

Perez pointed out he “had the fresher tyres” compared to his rivals when the Safety Car came out. “I think [they were] 15 laps fresher than anyone else around me. But obviously the team at that point has more information.”

He was at a loss to explain the team’s decision to give him an extra pit stop under the Safety Car.

“I don’t know why,” he said. “But obviously it’s easier to know afterwards. We already saw on the first stint how difficult it was to overtake. I spent the last 10 laps of Kimi’s stint behind him. It’s just hard.”