Pirelli has made an overnight increase to its mandated minimum tyre pressures for the Turkish Grand Prix after studying data provided by the 10 Formula 1 teams on Friday.

The regulations allow Pirelli to change its tyre prescriptions after the first day of running on a track, and a change at Istanbul Park is no surprise given the lack of familiarity with the venue, which has not been used by F1 since 2011.

The minimum pressures for dry, intermediate and wet tyres have all been upped by 1psi, for both fronts and rears. In the case of slicks the front tyres are now set at 24psi, and the rear tyres at 21psi.

A Pirelli spokesperson told Autosport: “We decided to increase the pressures a little just because from yesterday’s telemetry we noticed quite high loads, even if the level of grip was low. If over the weekend the grip will improve, which is possible, the loads will also increase.”

The change gives the teams yet another variable to contend with as they continue to dial their cars on the slippery circuit.

PLUS: Why Mercedes thinks it has started third-best in Turkey

Saturday dawned cold and overcast, with low track temperatures, while overnight showers may have washed away some of the rubber laid on Friday. 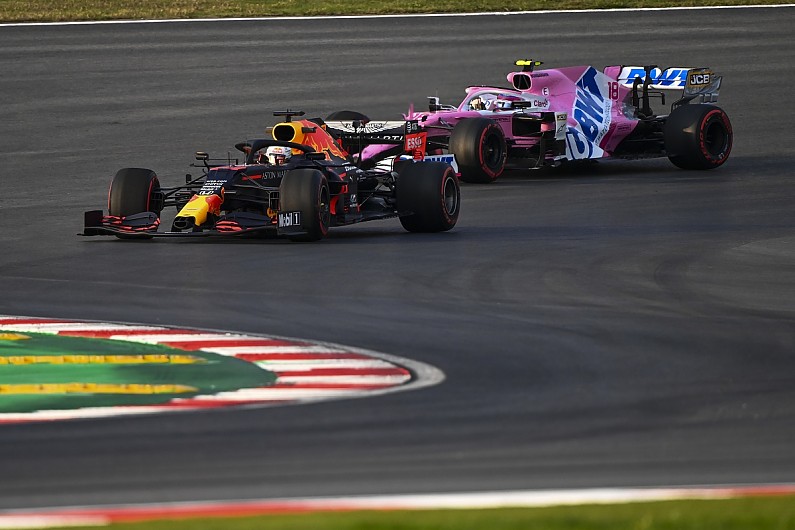 Pirelli F1 boss Mario Isola said that drivers have been struggling to get their tyres into the optimum operating window.

“It’s harder to warm up the tyre because you don’t generate the heat, you don’t put the energy and therefore you’re not able to generate the grip,” he said. “For sure it’s difficult to warm up, because they are sliding a lot.

“It’s not just the front tyre. You remember that in many circuits, we say the front tyre is particularly tricky because it’s difficult to put energy on the front tyres, while in the rear, it’s easier, you can use the traction to help the tyre to warm up. Here it looks like they are sliding on the four tyres. So they are not able to generate the grip.”

The smooth new surface has made life particularly difficult.

“You have the aggressive properties of the compound that are matching the surface of the tarmac. So the bitumen and this kind of stuff are generating this aggressive grip, that is something that we are not able to see here.

“Probably because the level of grip is so poor they are not able to develop grip to put energy into the tyres, to warm the tyre, and to switch on the tyres.”