Red Bull says Sergio Perez’s vast experience of the Mercedes Formula 1 engine was an important factor in it electing to sign the Mexican for next year.

Perez is to replace Alex Albon at Red Bull after it felt that his performances in the second half of 2020 were “impossible” to ignore.

Speaking exclusively to Autosport about the reasons why Perez became the preferred choice, Red Bull motorsport advisor Helmut Marko explained it was not all down to the former Racing Point driver’s speed.

“The first thing that spoke was the unbelievable form curve to which he has risen,” said Marko.

“I think this has certainly been his best season ever since he’s been in Formula 1. That’s one thing.

“The other is: in the race he won, [George] Russell didn’t get significantly closer in the Mercedes despite having better tyres.

“To be able to judge that pace, to drive just fast enough to keep the opponent in check without overloading the tyres, he [Perez] has proved that very well in a couple of races.

“He also had bad luck a few times, for example when he retired in third place in Bahrain.

“And then there is the fact that he has driven many seasons with the Mercedes engine and knows about it driveability and responsiveness. All these things spoke for him.

“[Nico] Hulkenberg was last with Renault. You probably can’t use the three races he drove with the Mercedes engine, because he was more busy adjusting to the car than collecting data.”

Marko says Red Bull felt it needed to head in to 2021 with a stronger driver line-up to stave off the growing threats of teams like McLaren and Renault, but also to help disrupt Mercedes more. 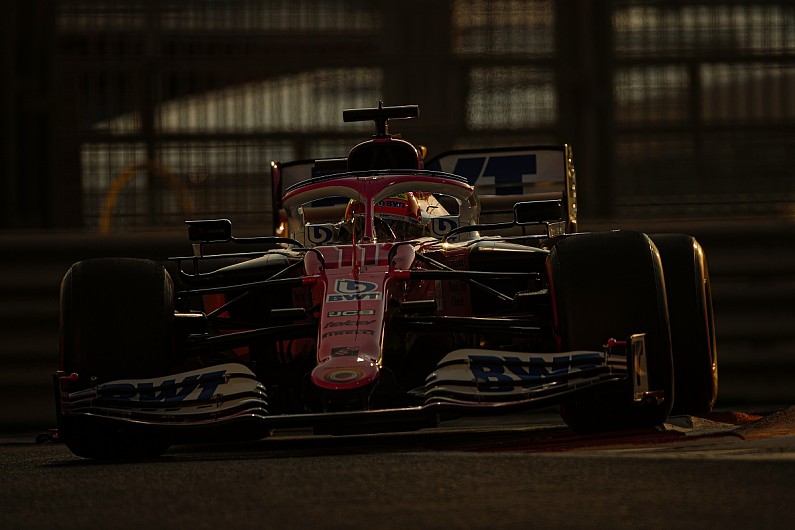 “You have to assume that McLaren will make a step forward with the Mercedes engine, and that Renault and Ferrari will probably come on as well,” he said.

“If you’re five tenths behind in qualifying, you’re not fourth, you’re seventh or eighth. And that makes you worthless for the team in the sense that you can’t be used for strategic games.

“In Abu Dhabi, Mercedes couldn’t do anything [strategy wise], or only with a lot of risk. [Valtteri] Bottas would have been the one to put on soft tyres, but he would have fallen behind Albon and overtaking on the Abu Dhabi circuit is notoriously difficult.

“Because Albon drove a very good race and was very close to the Mercedes, they couldn’t play their usual strategy.

“We want to be world champions again next year. So we need a strong pairing with whom we can pull out all the stops in terms of strategy as well.”

Red Bull says it is not expecting Perez to come in to the team and regularly beat Verstappen, but it does want him to be within range of the Dutchman.

“Perez has to be within striking distance of Max in race trim,” added Marko. “We’ll see in qualifying, as nobody has managed to reach his level yet.

“It may be a maximum of two tenths, something in the region – maybe even less. We need a strength as a team that we can fight against Mercedes with two drivers.

“I expect that we will be Mercedes’ opponents again. If Bottas doesn’t have such a bad day as in Bahrain, he fulfils his role very well. We expect the same from Perez.” Secrets of a grand prix photographer