Racing Point driver Sergio Perez is braced for a “painful day” in the Formula 1 constructors’ championship battle at the Eifel Grand Prix after qualifying behind both Renaults.

Racing Point is currently fourth in the standings, two points behind third-placed McLaren and five ahead of the Renault team, with Ferrari 30 points behind in sixth.

However, the squad’s preparation for the already-disrupted Eifel GP weekend was further hampered after Lance Stroll was forced to sit out Saturday morning practice, with Nico Hulkenberg taking his place for qualifying.

While Hulkenberg qualified last on his first outing in the RP20 since subbing for Perez at the 70th Anniversary GP in August, Perez said the team “messed up” by sending him out on mediums in Q1, which left him in danger of dropping out before taking another set of softs.

The Mexican only completed one Q3 lap and from an initial sixth was shuffled behind Renault pair Daniel Ricciardo and Esteban Ocon, along with McLaren’s Lando Norris to ninth and finished only ahead of Carlos Sainz Jr in the session. 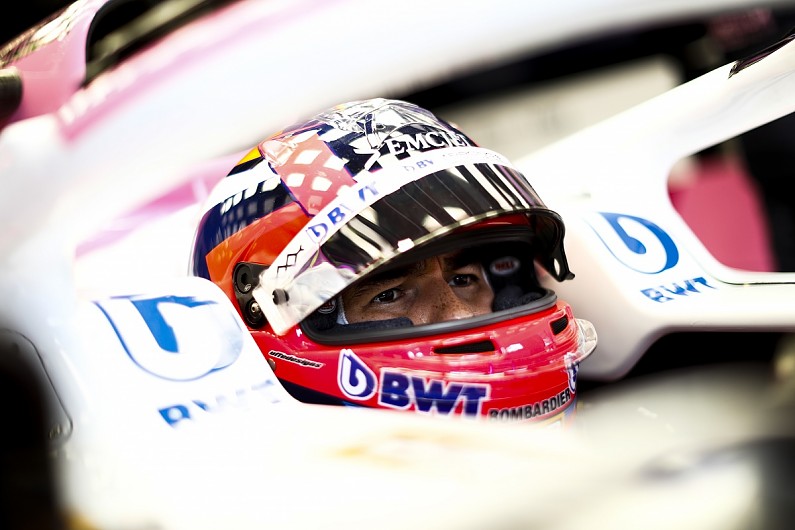 Speaking to Sky, Perez admitted the late switch on the other side of the garage was “not ideal” after both Friday practice sessions had to be cancelled, but lamented that “we definitely should be higher up”.

“I think we messed up a bit with our strategy, we thought we had a bit more pace and we tried the medium in Q1 which meant we lost basically a set for Q3,” he said.

“We only had one set in Q3 and I reckon the track changed a lot in that final run. The wind picked up a lot so the balance was pretty bad and unfortunately I only had one set.

“I went through on a single set of softs, so we could have done a bit better in that regard.”

“It isn’t looking great for tomorrow to have both the Renaults ahead, the Ferrari [of Charles Leclerc in P4], it can be a painful day in the championship tomorrow,” he said.

“It all changed very quickly with Lance not coming in this morning, I could see some stress in the team.

“I didn’t know what was happening, so I just hope health-wise Lance is okay and we can have him back soon.” Hamilton: No guarantee I’ll be racing in Formula 1 next year – F1