Sergio Perez says his late retirement from a podium position at the Formula 1 Bahrain Grand Prix was put into perspective by Romain Grosjean’s remarkable escape from his fiery crash.

Racing Point driver Perez made a superb launch from sixth on the grid to take third at the initial race start, before Grosjean’s crash exiting Turn 3 on the opening lap brought out the red flags.

At the restart, Perez maintained his hold on third place and was set to score his second podium in as many races until a suspected MGU-K failure with three laps to go forced him out and resulted in the race ending behind the safety car.

As a result, Racing Point has dropped behind McLaren to fourth in the constructors’ championship race, while Perez also slipped to fifth in the drivers’ standings behind Renault driver Daniel Ricciardo.

Perez, who will be replaced at Racing Point next year by Sebastian Vettel, said his DNF was “a big hit personally” but accepted that “it doesn’t matter” next to Grosjean’s escape with only a suspected broken rib and minor burns to his hands and ankles.

“When I had to retire, it was a big hit personally but I think after what happened today, you really put everything into perspective,” Perez told Sky.

“For me, one podium less, one podium more, it doesn’t matter. The most important of the day is that Romain is with us, that he escaped that accident.

“We have to see what we are able to improve on the safety side, because we don’t want to see those kinds of accidents.” 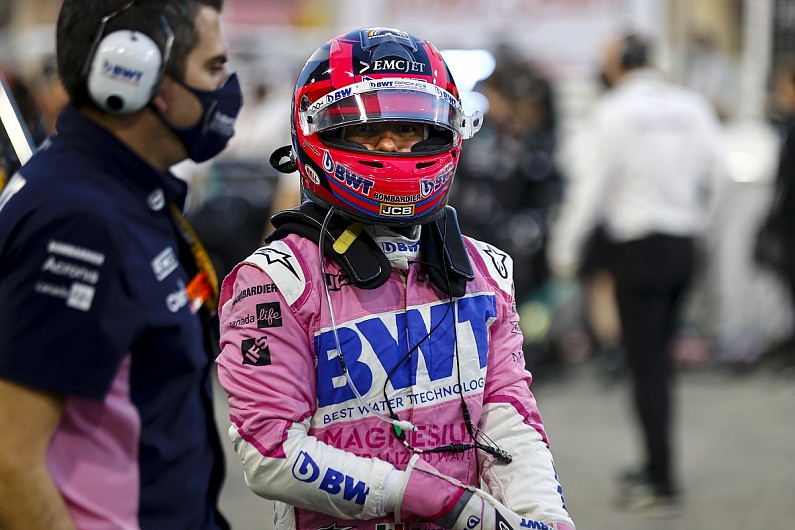 Perez said that the accident showed F1 “cannot relax on safety” and echoed the comments of race winner Lewis Hamilton in admitting he found it hard to get back into the zone following the restart.

“I think it’s a good lesson for all of us and see what we are able to improve in the coming tracks, in the future events, to make sure we don’t get to see an accident like this again,” said the Mexican.

“The speed that he hit that is hard to do anything, but I’m sure there can be some improvements to be done.”

Perez added that he was feeling “pretty relaxed” about his future in F1, with his prospects of landing the second seat at Red Bull appearing to diminish by the week, despite his strong recent form.

He had said on Thursday that his only option next year if Red Bull elects to keep Alex Albon, who profited from Perez’s misfortune to score his second F1 podium, is a sabbatical ahead of a return in 2022.

“I’ve been 10 years in the sport, I think people know what I can do, so I’m pretty relaxed about it,” he said.

“I’m confident with my capacities and the way I’m delivering now, but the way I’ve delivered over the 10 years so I’m pleased with that.”