Esteban Ocon says the Portuguese Grand Prix was the best weekend he’s had working with the Renault Formula 1 team, even if the performance on track was not as strong.

The downforce demands and slippery Algarve track surface left Renault slightly on the back foot against rivals Racing Point and McLaren last weekend, with Ocon finishing in eighth place.

However, even though the result was not as good as the team would have liked, Ocon says the way he and his crew interacted pointed to a big step forward.

“I’m not sure Portugal was my best weekend, but I would say it’s been the best collaboration that we had,” explained the Frenchman.

“Let me just give you a simple example. At times in the race I was thinking about having some information, and then ten seconds later I was getting the information without asking for it.

“So that’s got to a point where we are seeing a lot of improvements, and we are working a lot better.

“I feel like the build-up has been stronger as well. So, yeah, in terms of an overall weekend, even if our performance was not as good as we were hoping, I definitely think it’s been stronger.”

Ocon has been open that it took some time for him and Renault to get up to speed with each other since he came back to F1 at the start of the season. 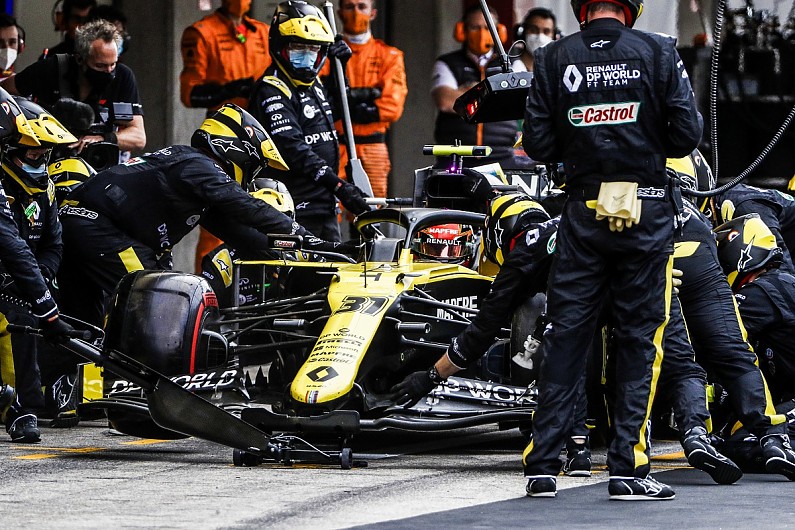 But recent qualifying performances against team-mate Daniel Ricciardo, plus finishing ahead of him Portugal, have left him encouraged.

“I’ve been getting closer to Daniel,” he said.

“It shows that we’re working better, and we are getting closer to where I think I should be. That’s good and it’s a good sign for the rest of the season.

“It took me a bit more time to settle in the team and to work the way that we can understand each other. Recently it’s been working well so I think we have to keep going on that way.”

Ocon’s recent uplift in form comes as he prepares for the challenges of taking on Fernando Alonso as his new team-mate next year.

He is fired up by the challenge and sees opportunity in the remaining races this year to make further gains that will help him in 2021.

“It’s a long process, after being off for a year and being back with a new team, there’s a lot that you need to learn and get going into,” he said.

“And it was also learning the car, which is very different to what I’m used to before.

“It’s getting there. We’re getting closer, so that’s a very good thing. Obviously there’s a couple more races to go and my personal target is to get even closer.

“And of course I want to use those opportunities to prepare myself in the best way possible for next year.”