Lando Norris has issued an apology on social media for “stupid and careless” comments made over the Portuguese Grand Prix weekend about Formula 1 peers Lewis Hamilton and Lance Stroll.

Norris hit out at Stroll following their clash early in Sunday’s race at Portimao that left the McLaren driver with damage, ending his hopes of scoring points.

It came following a similar incident between Stroll and Max Verstappen during practice, prompting Norris to say after the race: “He obviously didn’t learn from Friday, but he doesn’t seem to learn with anything he does.

“It happens a lot, so I just need to make sure I stay away.”

Norris had initially apologised on team radio during the cool-down lap about the expletives he used about Stroll in reaction to the incident.

“I apologise for what I said about Lance, I shouldn’t have said the words I did, but just in the moment, I was annoyed,” he said. 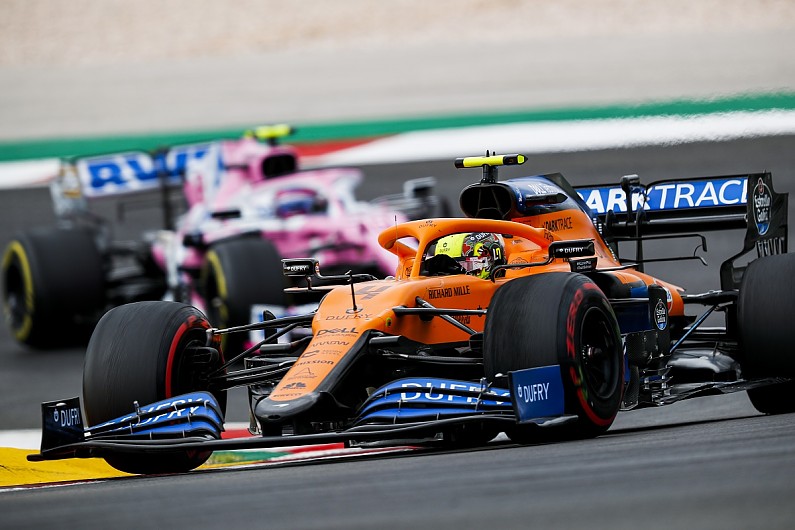 Norris was later asked about fellow countryman Hamilton’s record-breaking 92nd F1 race win in the aftermath of Sunday’s race, but faced criticism on social media for his comments.

“I’m happy for him, nothing more,” Norris said. “It doesn’t mean anything to me really. He’s in a car which should win every race basically. He has to beat one or two other drivers, that’s it.

“Fair play to him, he’s still doing the job he has to do, but yeah, just another win for him.”

In a message posted on Twitter on Tuesday, Norris moved to issue a general apology for his comments.

“I owe an apology,” Norris wrote.

“I’ve been stupid and careless with some things I’ve said lately in media and interviews, and haven’t shown the respect I should have to certain people.

“I’m not that kind of person, so know I should apologise to them but also everyone reading/listening. Sorry.”

Norris finished down in 13th place at Portimao as a result of the clash with Stroll that left him “just trying to survive”.

“I was just on my own for a lot of the race,” Norris said, having run as high as third in the opening stages.

“We were struggling a lot with the wind initially, and then I had a puncture which meant I had to box again on the second stop.

“Then the final stint, we were quick, and we had good pace, but we were just way too far behind where we should have been.

“It’s a shame, we could have scored some points today, but it just wasn’t to be.”