Alpine announced on Wednesday that Ocon had agreed a new long-term deal that would keep him with the team until the end of the 2024 season.

Ocon said on Thursday that he maintained “connections” with Mercedes, who also serves as his management, but that he was otherwise “fully with Alpine”.

Ocon had previously been a member of Mercedes’ young driver programme, and was even in contention for a seat with the German manufacturer’s senior F1 squad in 2020 before ultimately joining Renault, which later became Alpine.

Speaking in Friday’s FIA press conference, Alpine CEO Rossi clarified that Ocon’s contract stretched for three years and had no clauses that could be triggered to allow for a move to Mercedes.

“He is a Mercedes managed driver, that’s about it,” Rossi said.

“So he’s constantly under their management, but there’s no such clause [for] Mercedes [to] put him out of the team.

“No, he stays with us for the next three years.”

Ocon has impressed in the early part of his second full season with the Enstone-based squad, scoring points in four of the five races he has finished. 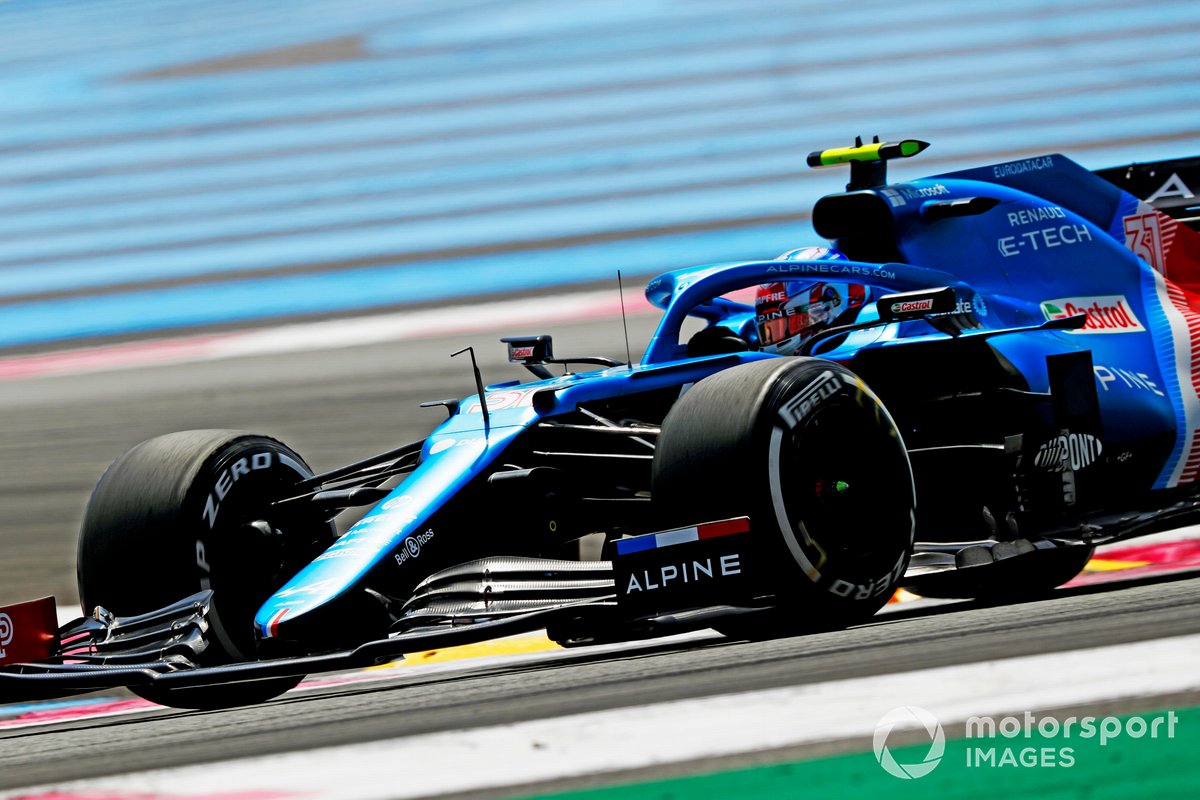 His performances played a part in Alpine’s move to open talks early and get a deal sewn up before the summer break, with Rossi drawing comparisons in his approach to that of four-time world champion Alain Prost.

“He is a great fine tuner, he reminds me a lot of Alain,” Rossi said.

“He is very good at extracting the maximum out of the car, and it shows, constantly improving. He is damn fast too – give him any car he is fast, and he shows it every qualy. So that makes him a very good driver.

Rossi explained that the three-year deal was agreed in a bid to fall in line with the regulation cycle that starts in 2022, not wishing to see a driver leave early.

“It’s a three-year regulation period that opens up next year,” Rossi said.

“We have a mid-to-long-term view of things at Renault. We want to be here for a long time, so we wanted to secure that first step.

“The first step is three years. We’ve seen enough of Esteban, we know he is good. I don’t want to be here again, looking for another driver after two years. Recent past showed that it never really turns the right way – [if] you have a good driver, you want to keep them.

“So I think it’s good for us, it’s good for him. We have a long, long way to make progress, he buys into the project, and adds credibility to our project.

“For me it’s also a guarantee that we’re going to perform on the driver department. Esteban is arguably a top-10 driver minimum. So, we don’t make a big mistake here.

“For me it was a no brainer. It’s part of a long journey and Esteban fits into that mould quite well.”