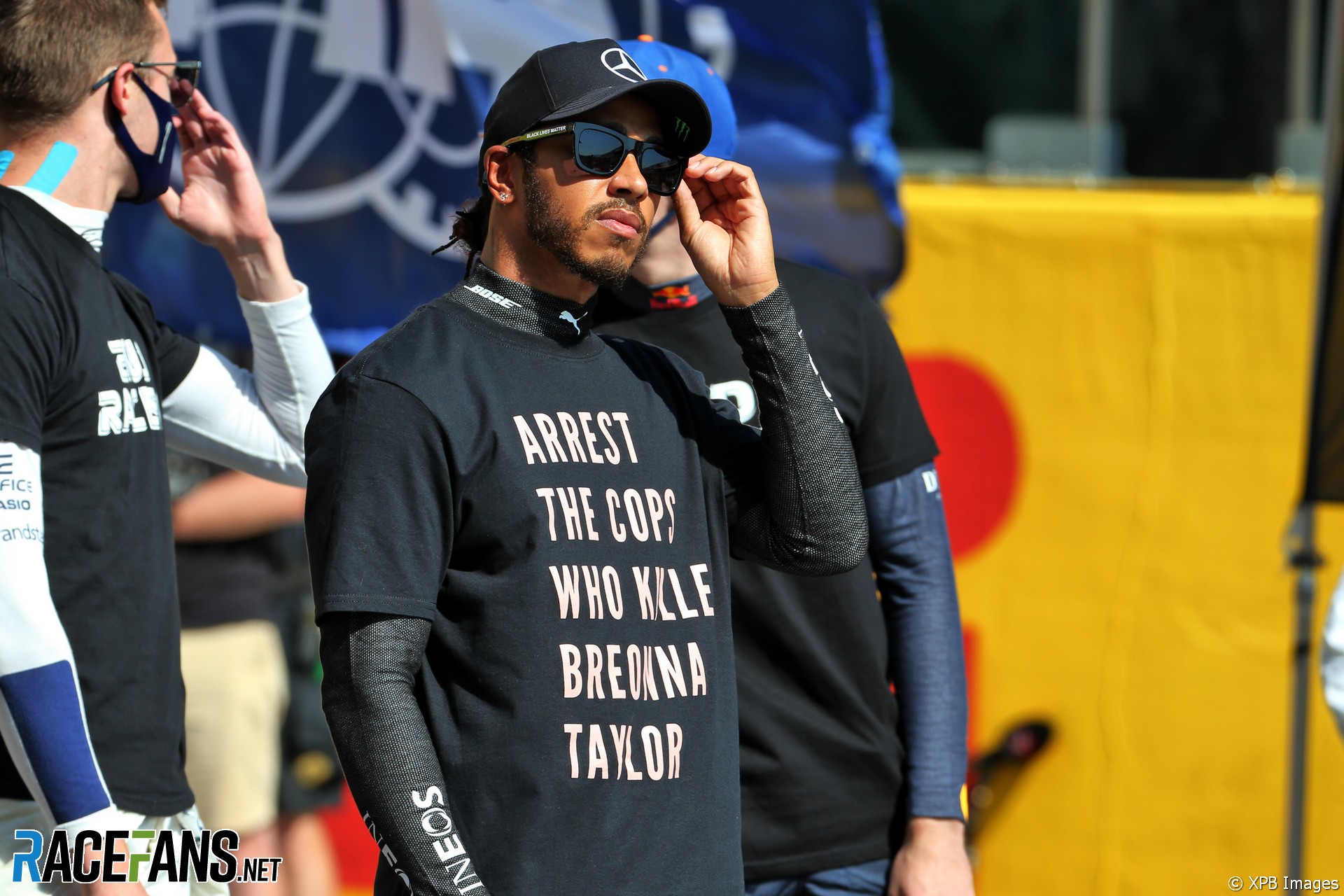 Lewis Hamilton is not being investigated by the FIA over the T-shirt he wore before and after Sunday’s Tuscan Grand Prix, demanding the arrest of police officers who shot Breonna Taylor.

The shirt bore the message: “Arrest the cops who killed Breonna Taylor” on the front. It was worn by Hamilton during the pre-race ‘end racism’ observance, his post-race interview and on the podium.

It also featured a picture of Taylor with the phrase “Say her name”, referencing the movement intended to highlight black, particularly female, victims of police brutality. Taylor was shot and killed in her home in March.

Multiple reports on Monday indicated the FIA was considering whether to investigate Hamilton’s decision to wear the T-shirt. However RaceFans understands that no submission was made to the stewards concerning Hamilton’s actions and no investigation is being conducted as a result of them.

Guidelines are issued to drivers about arrangements for pre- and post-race activities, including what may and may not be worn, which will be reviewed.

Hamilton wore the T-shirt instead of the usual ‘Black Lives Matter’ design he has worn at the pre-race ‘end racism’ observance. Other drivers have worn T-shirts bearing the message ‘end racism’.