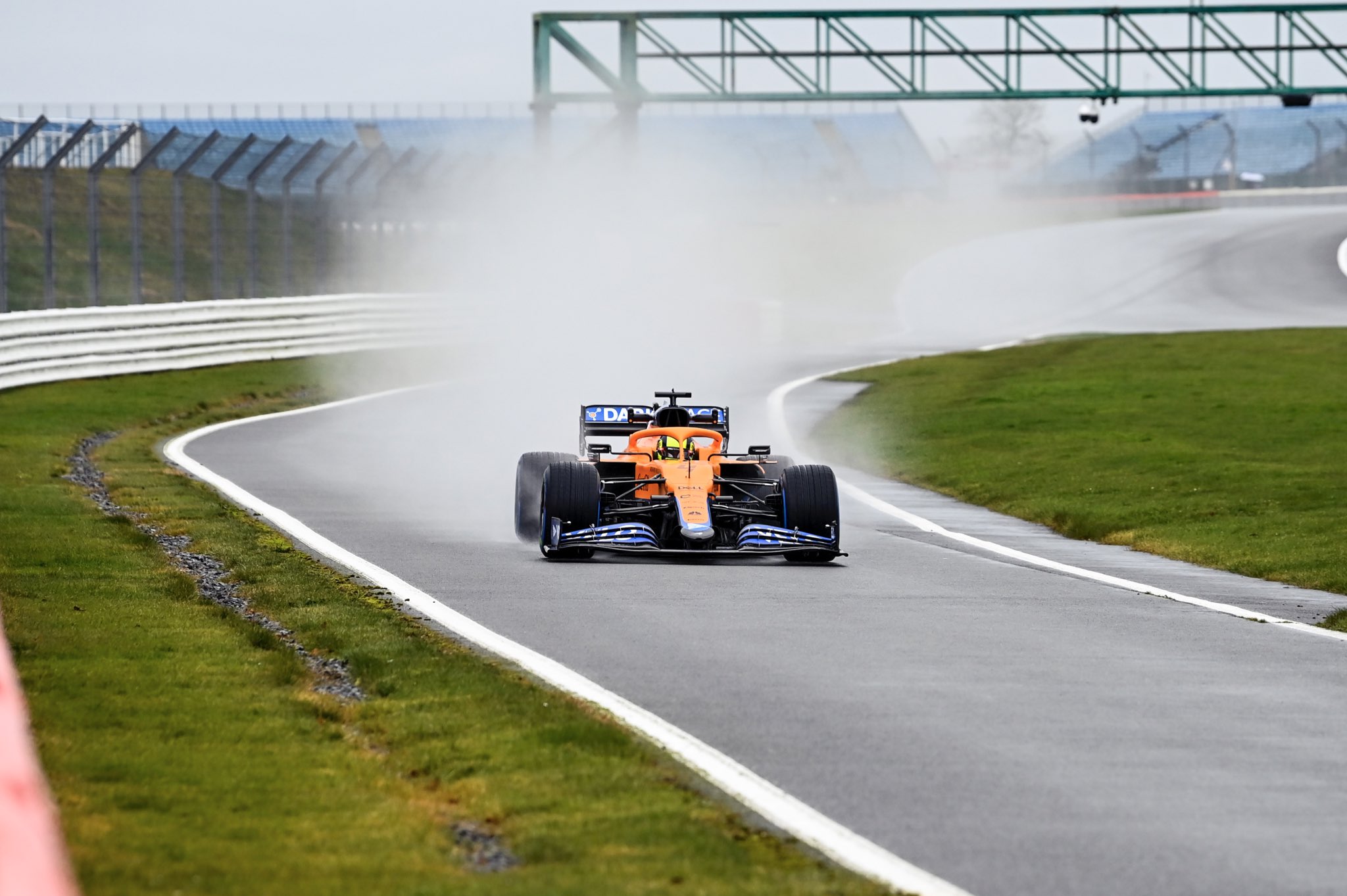 McLaren’s new MCL35M has run on-track for the first time since it was revealed at the team’s headquarters yesterday.

Lando Norris was first to drive the new car at Silverstone today. Daniel Ricciardo, who has joined the team for 2021, will drive the car later today.

McLaren became the first team to reveal its new car for the 2021 F1 season yesterday. They have changed engine suppliers, from Renault to Mercedes, and face the challenge of fully integrating the new power unit with a car which was designed for different hardware.

They have hit the track for the first time almost a month before official pre-season testing begins at the Bahrain International Circuit on March 12th.

Let’s go! ⏫🟢 #SendIt @LandoNorris takes the #MCL35M out on track for the first time at @SilverstoneUK. pic.twitter.com/xdgIcLFviJ Why traditional F1 race names are being replaced · RaceFans