NASCAR president Steve Phelps says it is an “extraordinary achievement” that all three of its categories have been able to complete a full season in 2020, despite the coronavirus pandemic.

NASCAR will officially close its 2020 season on Sunday with the season finale of the Cup Series at Phoenix Raceway.

When that race is over, NASCAR will have run the entire number of races it had originally planned for its three national series this year – Cup, Xfinity and Trucks.

“I would suggest this is the single most difficult year that we’ve faced as a sport.”

Back in March, when the category – and much of the country – shut down due to the COVID-19 pandemic the prospect of completing a full season seemed a very lofty goal.

“What we have done during this global pandemic is I think nothing short of remarkable,” Phelps said.

“We can’t do what we did as a sport without coming together.

“I want to thank the race teams, the race tracks, both those that we own that are part of NASCAR, but importantly the folks at Speedway Motorsports, Pocono, Dover, Indianapolis – everyone that really banded together to create something that was really something to be proud of.”

There were mid-week races, double-header events, practice and qualifying was eliminated and races were often run as one-day shows.

These measures allowed it to become the first major motorsport series to return to action after the initial wave of coronavirus cases. 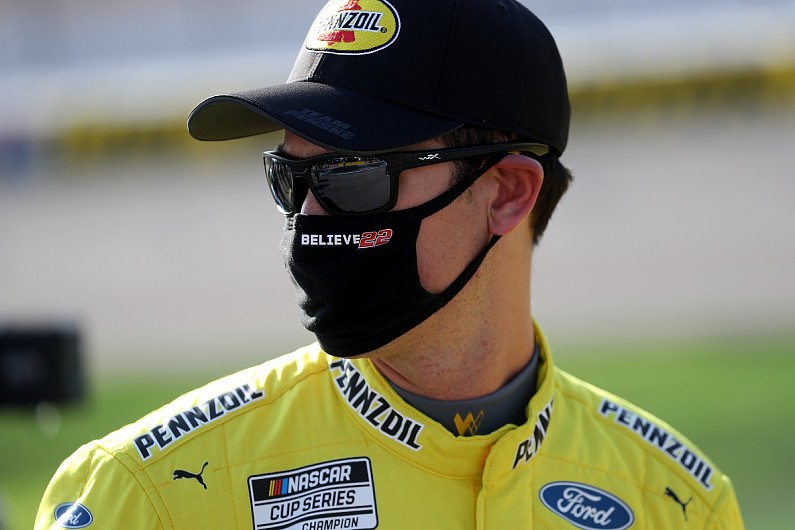 “When we shut down heading into Atlanta, we had no idea when we were going to get back to racing,” Phelps said.

“It was our goal, and a stated goal, that we were going to run all races.

“We did it through ways that frankly probably we didn’t think we could do.

Even with the close of the 2020 season, many questions remain about how 2021 will be run.

New COVID-19 cases are surging across the US and there is every chance the the 2021 season will begin at Daytona with some virus protocols and limited fan attendance still in place.

The 2020 season was also an important one for NASCAR in terms of its efforts to promote equality and combating social injustice.

Following the killing of George Floyd in late May, Bubba Wallace – the only full-time African-American driver in the Cup series – called on NASCAR to remove the Confederate flag from race tracks.

On 10 June, NASCAR officially banned the display of the Confederate flag from its tracks and properties.

“I think for us, it’s really about this notion of welcoming everyone to our sport,” Phelps said.

“What we do from a social justice standpoint moving forward really to me is about human decency.

“We want to make sure that people want to come to our facilities.

“We want to make sure they want to participate in this sport on television, radio, digitally and socially. We want them to feel part of this community.

“It’s a fantastic community, it really is.”