NASCAR’s 2021 season will begin with many of the same COVID-19 protocols in place as last year with no clear sign when they will change.

Aside from some small modifications, NASCAR officials confirmed on Monday during a preview of the 2021 season that many of the same virus protocols remain in place from 2020.

Much of what will determine NASCAR’s ability to handle fans at event weekends will fall on conditions of local communities where the races take place.

One race at Auto Club Speedway in California has already been cancelled this season due to the ongoing pandemic and replaced by a race weekend on the Daytona Road Course.

“We continue to try to put as many tools as possible in the protocol tool box,” said John Bobo, NASCAR’s vice president of racing operations.

“Toward the end of last year, we started doing a lot of rapid antigen testing as part of a secondary screenings for people coming into the track and that will continue.

“We continue to emphasise with the drivers that we need rapid reporting of COVID-19 results so we can contract trace as well. We will continue to do the things we know will work.”

Strict safety protocols and procedures, such as mandated masks and screenings prior to entrance to the track, were implemented last May when the sport restarted after a nearly two-month hiatus. 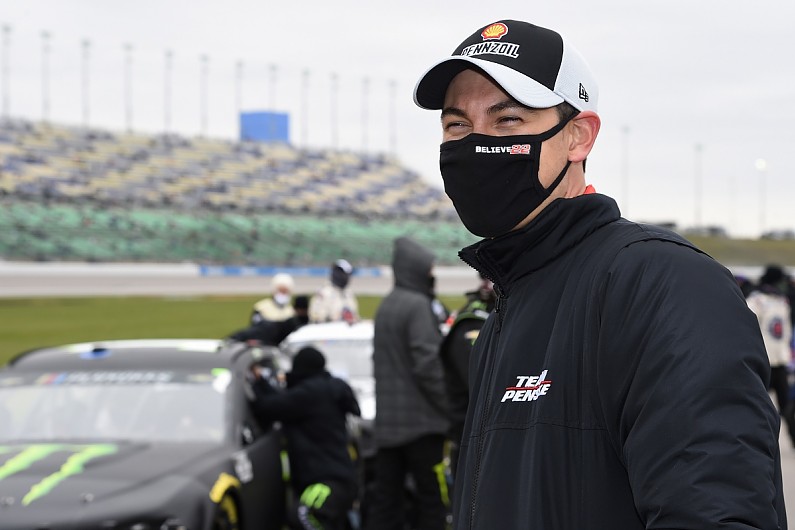 The rules extend to the number of personnel teams are allowed to have at a track, where they may work and how work is conducted at team shops. There are varying repercussions for those who do not follow them.

As was the case last year, if a driver tests positive for coronavirus, they cannot return to racing until they have two negative test results a minimum of 24 hours apart and are cleared by a personal physician.

Bobo said NASCAR will continue to emphasise the correct use of social distancing and personal protection gear as the best way to prevent virus spread at the track.

“We’ve talked to the drivers about ways they could earn penalties (in regards to PPG use),” he said.

“That’s especially true since the rate of transmission can increase with some of these (virus) variants). We’ve talked to them about the reality of Florida, as they come to Florida (in the next week) and all the more reason to keep them safe.”

Also like last season, NASCAR has created numerous “backup plans” in the event it must alter its schedule because of ongoing changes with the virus’ spread and rates of infection.

“If anything, we learned to be really nimble,” said NASCAR’s executive vice president and chief racing development officer, Steve O’Donnell.

“One of the things we learned was by Speedway Motorsports Inc. and International Speedway Corp. being private we were able to be a little more nimble, which was very helpful.

“I think at times in the past we wouldn’t have been able to adjust the schedule as easily. A lot of those conversations have taken place during the offseason.

“Hopefully, again, we won’t have to use those but we will be ready to go if we need to.”