The NASCAR Cup Series playoff race at Texas has been further postponed to Tuesday afternoon following a wash-out on Monday.

The race which began on Sunday around the 1.5-mile oval near the city of Fort Worth was originally red-flagged on Lap 52 of a scheduled 334 following light, persistent rain-fall and a low mist.

NASCAR did opt to have cars tour for seven laps behind the safety car in the hope of a swift restart, which ultimately failed.

NASCAR hoped to resume the race at 10am ET on Monday morning, the third time in 2020 the Cup Series has been pushed back a day by weather, but the same poor weather seen on Sunday hit the track.

Despite series and circuit chiefs attempting to dry the track eight times throughout the day, the decision to further delay the race to 12pm ET (4pm in the UK) on Tuesday was taken after it was deemed the track had been lost to the conditions.

It is the first Cup Series race to be affected by a full day’s wash-out on an original postponement since the second Michigan race in August 2007. 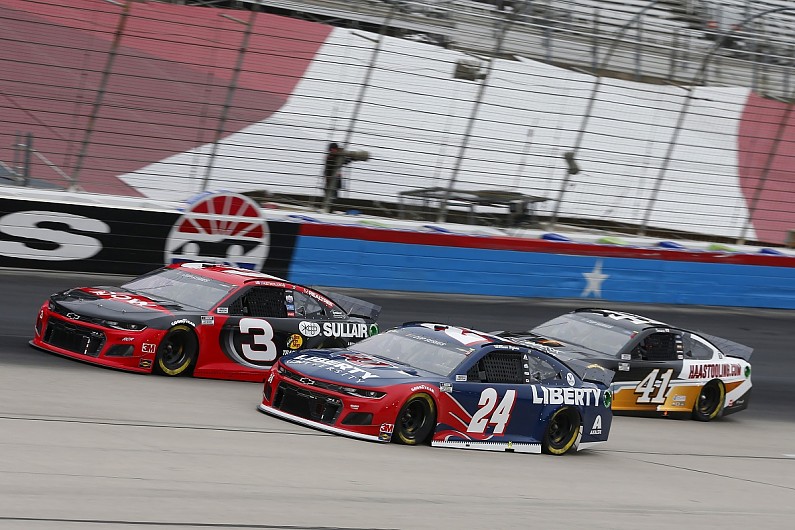 Stewart-Haas Racing’s Clint Bowyer will lead the field to green when the race does resume, the driver of the #14 Ford Mustang only taking on fuel in pit-stops during the seven lap period behind the safety car before the race was suspended.

Regular season champion Kevin Harvick will restart in a lapped 36th having hit the wall in his SHR machine, while Denny Hamlin will take the green flag in 15th place after he drifted wide on the scheduled competition caution restart and lost places in his JGR #11 Toyota Camry.

The race in Texas is the second in the playoffs’ round of 8 and, after the following race at Martinsville, four drivers will be eliminated from title contention.

Harvick, Hamlin, Brad Keselowski and Chase Elliott occupy the positions needed to progress to the final round with a chance of winning the 2020 title.

Perez: Intermediate tyres would have “exploded” with one more lap – F1