Andrea Iannone’s MotoGP career has been dealt a massive blow after his appeal to have an anti-doping ban overturned was rejected and increased to four years.

Iannone was banned by the FIM at the end of last year when he was found to have tested positive for a banned steroid during the Malaysian Grand Prix weekend.

The Italian had the 18-month ban upheld after an FIM hearing in March, but was deemed to have ingested the substance accidentally through contaminated food.

Aprilia and Iannone appealed this ruling to the Court of Arbitration for Sport (CAS), believing the acquittal of other athletes over similar offences in the past provided a precedent.

However, CAS rejected this appeal following a review of the evidence and have upheld the World Anti-Doping Agency’s bid to have the ban increased to the maximum four years, starting from his initial ban on 17 December 2019. 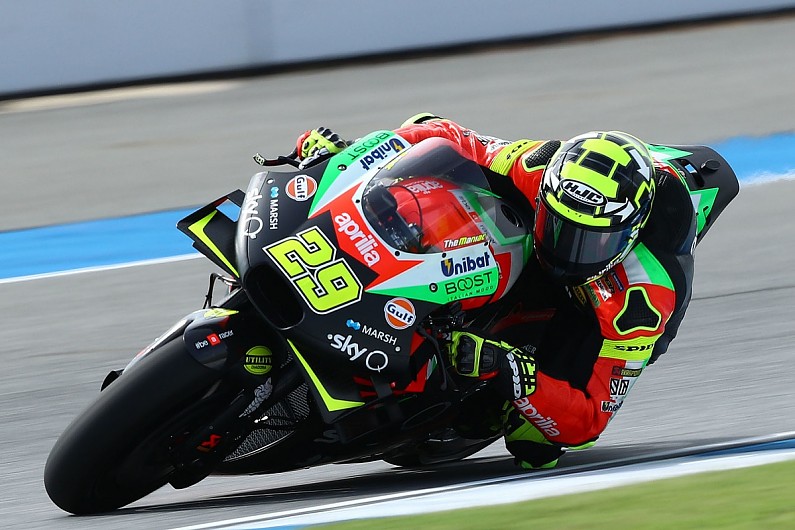 The CAS panel found Iannone hadn’t submitted the necessary evidence to back up the contaminated meat claim, having failed to establish the exact type of meat that he ate which was contaminated.

Furthermore, Iannone and his experts couldn’t present substantial evidence to suggest there was an issue of meat contamination in Malaysia with Drostanolone – the substance he tested positive for.

As a result, the doping violation was upheld.

Aprilia has publicly stuck by Iannone through this and repeatedly expressed a desire to retain him for 2021 if it could, assuming it could overturn his ban.

However, Aprilia now needs to find a replacement rider to join Aleix Espargaro for 2021.
It is understood Cal Crutchlow has a pre-agreement in place with Aprilia, while Aprilia admitted last weekend test rider Bradley Smith is also an option.

Iannone is a one-time MotoGP race winner, having raced for Ducati, Suzuki and Aprilia since 2013.