MotoGP, Valentino Rossi after FP3s: “I’m worried about the tires” 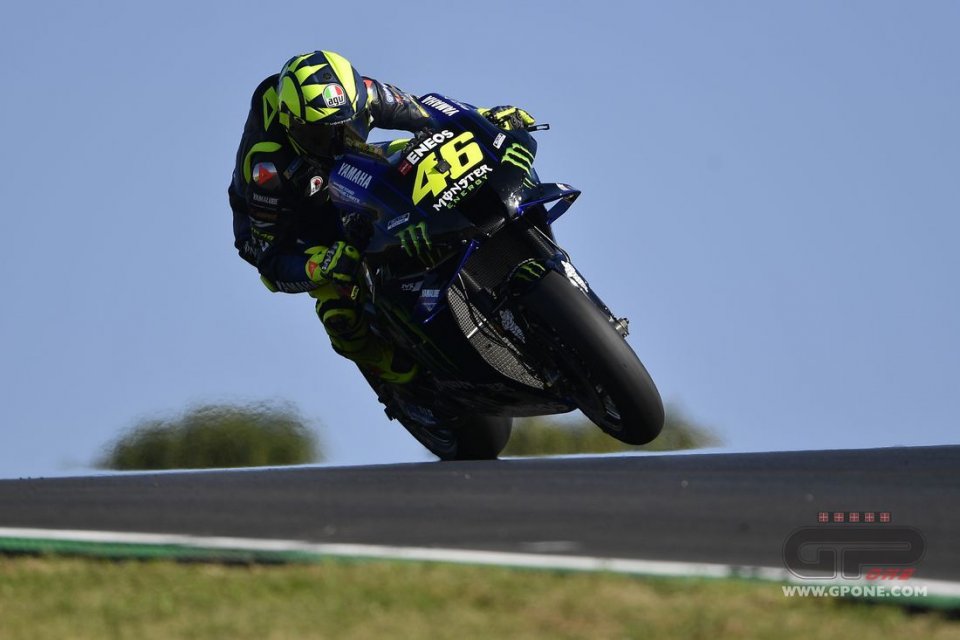 Valentino’s relationship with Portimao didn’t improved, not even in the FP3s. Although Rossi likes the Portuguese track a lot, he’s unable to be competitive. The Doctor will have to pass through the Q1 after scoring a disappointing 20th place in the last free practice session.

“We’ve worked and improved,” he explained. “We’ve improved the pace, but we’re a bit worried about the tires. After a few laps, we lose some performance. We’re still a bit far from the top. We have to try to be faster.”

Maverick Vinales, on the other hand, managed to snatch a 10th time at the end of the free practice, a position that earned him direct access to the Q2. But even the Spanish rider struggled more than he expected.

“These FP3s have been a pretty bad session because we lost grip. I don’t understand why I wasn’t able to be faster this morning than yesterday,” he commented. “We have to work, because this inconsistency gives us some problems. We need to see if we can fix them.”

2020 Portimao MotoGP Qualifying Result: What Dreams Are Made Of | MotoMatters.com

Moto2, PHOTO GALLERY – In Jerez the last roar of Moto2 before the winter

Morbidelli Magic: The Winners & Losers from the Teruel MotoGP | MotoGP

MotoGP, Crutchlow: “Sunday at five in the morning, me and Miller in Mir’s motorhome”