The MotoGP paddock will be subject to a strict lockdown protocol for the Qatar test and double-header to ensure the 2021 season can get underway safely.

The COVID-19 pandemic has already forced MotoGP to alter its plans for the start of the 2021 season, with the Argentine and US Grands Prix postponed and a second Qatar race added, as well as round three now taking place in Portugal.

February’s Sepang test was also cancelled due to the escalating virus situation in Malaysia.

Despite the pandemic entering a second wave of infections across many countries worldwide, MotoGP is forging ahead with its plans to get its 2021 season underway on time.

Pre-season testing has been moved to Qatar on 6-7 March and 10-12 March, before the first race on the weekend of 28 March and the second Qatar round the week after.

To ensure virus safety, MotoGP has modelled its bubble protocols on those used for the Australian Open Tennis tournament and the NBA in America.

All paddock members must have a valid negative test result within 72 hours of boarding the flight to Doha, and will take another PCR test upon arrival before being quarantined in their assigned hotels while awaiting results. 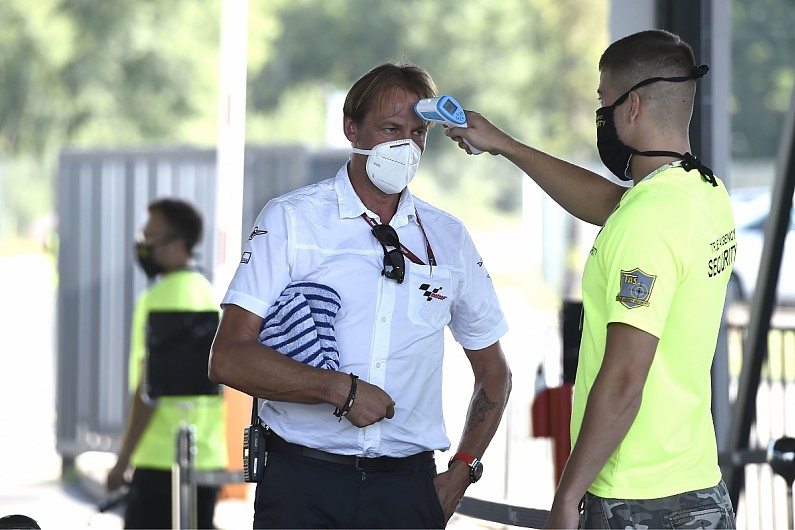 All paddock members will be subject to random PCR tests throughout their entire stay in Qatar, with four hotels being utilised as bases.

Such is the strictness of MotoGP’s protocol, no member of the paddock will be allowed to hire a car, with MotoGP organising transport to ferry people between the hotels and the circuit.

No one will be allowed to leave their hotel grounds for any reason other than to travel to the circuit – though the possibility of allowing group excursions during days off is being considered.

At present, MotoGP riders are not being forced to remain in the country between the second pre-season test and the first race – but the entire Moto2/Moto3 paddock, which will test in Qatar on 19-21 March, will not be allowed to leave the country until after the Doha GP.

The same protocols for arriving into Qatar will have to be followed again for any MotoGP rider who does return home between testing and the first race.