Gresini team boss Fausto Gresini has been hospitalised with COVID-19 in Italy having fallen ill shortly before Christmas.

The veteran team owner tested positive for the virus last week and was hospitalised on 27 December at the Sant Maria della Scaletta in Imola.

However, an update from the Gresini team says he was transported to the Maggiore Carlo Pizzardi hospital in nearby Bologna to a specialised COVID-19 care ward.

His condition at the time of writing remains unknown.

A brief statement from the Gresini team read: “Following the COVID-19 positivity discovered shortly before the Christmas break, Fausto Gresini – after an initial isolation period at home – was hospitalised on 27 December at the Santa Maria della Scaletta hospital in Imola.

“The Gresini Racing team principal was transported today to the Maggiore Carlo Alberto Pizzardi hospital in Bologna, in a more specialised ward for COVID-19 care. 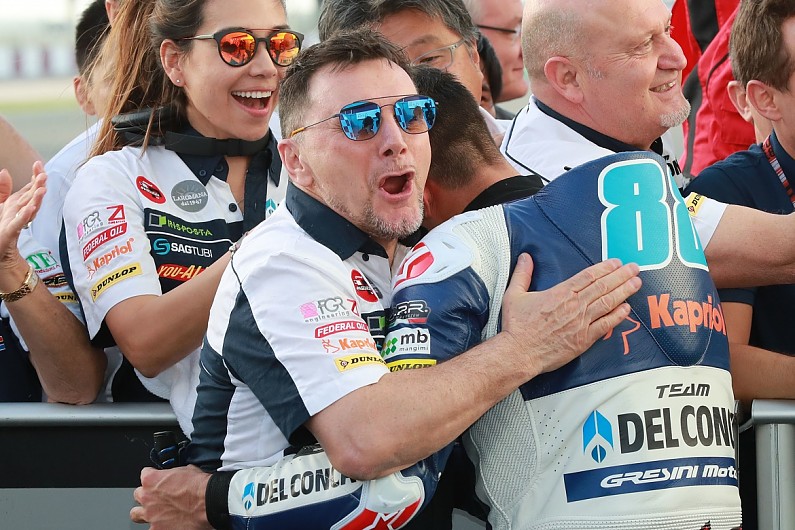 Gresini currently fields Aprilia’s official factory entry in the MotoGP world championship, having joined forces for the marque’s return to the premier class in 2015.

That partnership will continue into 2021, though Gresini announced earlier in December the outfit would become independent again from 2022, with Aprilia set to be a standalone factory team.

Despite MotoGP’s efforts in 2020 to stop the spread of the virus within its paddock, several high-profile members were ultimately forced to miss races having caught the illness between events.

New Pramac rider Jorge Martin was absent from the Misano Moto2 double-header after becoming the first rider to test positive, with nine-times grand prix world champion Valentino Rossi forced out of the Aragon rounds after catching the virus.

Yamaha team manager Massimo Meregalli had to miss the Valencia races after one of Maverick Vinales’ crew tested positive for the virus, with several other Yamaha members absent from the French and Aragon GPs after a positive test within that bubble.

Despite the virus situation escalating again across Europe, MotoGP is still on course to make it to the first pre-season test of 2021 in Malaysia in late February as series organisers work on a plan with the local government to bypass the mandatory quarantine period for travellers.

10 things we learned from the Eifel Grand Prix – F1