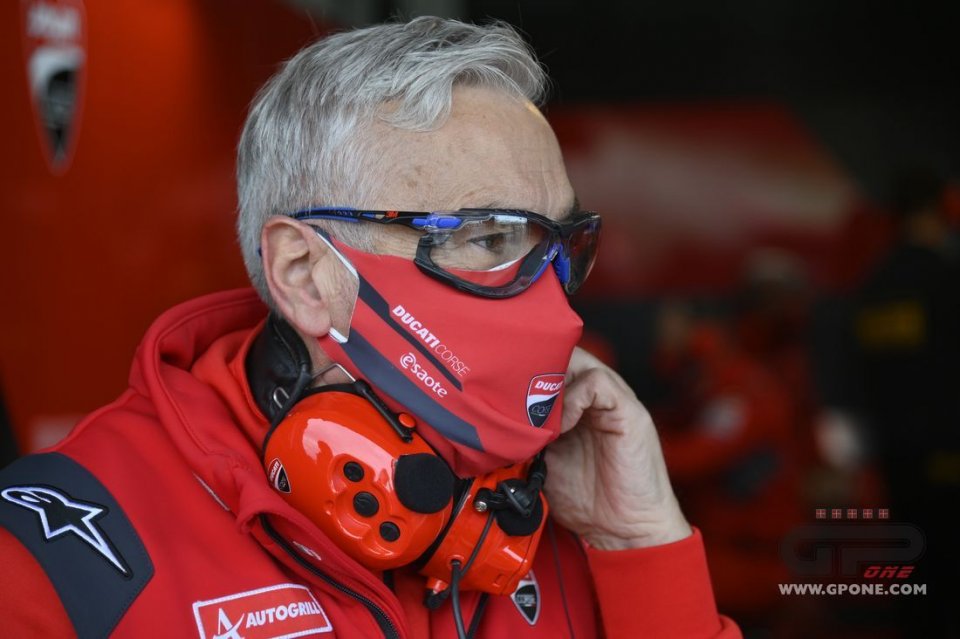 2020 ended joyfully for Ducati, with a constructors title that had been missing from Borgo Panigale since 2007. But this wasn’t enough to make their year entirely positive, since they missed the most important target: the Riders Championship.

Without Marquez, it seemed like a goal within Dovizioso’s and Ducati’s reach, but that wasn’t the case.

“I think a fourth place isn’t enough, because the riders, bikes, and team could’ve fought for the championship, as they’ve done in the last three years,” team manager Davide Tardozzi commented in an interviewed with motogp.com. “We didn’t, and this should make us think a lot about the future. We faced many problems. The main one was not being able to adapt our bike to Michelin’s new rear tire. Our riders suffered a lot.”

Tires were the (negative) leitmotif throughout the season, at least for the factory team.

“Everyone expected Dovizioso to fight for the title, but he wasn’t able to find the right compromise between his riding style and the Michelin tire. He only managed this problem in a few races,” Tardozzi admitted.

What’s done is done, and now they have to think about the future, represented by Miller and Bagnaia.

“We have to go back to taking advantage of our strength, which is acceleration. Then we have to definitively solve the problem we have had in the last couple of years, which is turning,” the team manager concluded.