Fabio Quartararo has claimed a home round pole position for the French MotoGP at Le Mans. Here’s how and when you can watch the race.

The current MotoGP world championship leader saw off Jack Miller and Danilo Petrucci to take his third pole position of the season, while main title rival Joan Mir suffered his worst qualifying result of the season in 14th place.

Despite his potential advantage, Quartararo isn’t planning to factor in Mir’s situation for his home race as he aims to build on his victory last time out at the Catalan GP.

Francesco Bagnaia heads the third row for Pramac Ducati in front of Pol Espargaro (KTM) and Johann Zarco (Avintia Ducati), as Valentino Rossi was shuffled down to 10th for Yamaha.

Catalan GP polesitter Franco Morbidelli had a frustrating qualifying at Le Mans as he was pushed back to 11th place and is already bracing for a “nightmare” French GP.

When is the MotoGP French Grand Prix?

The start time for the French GP is one hour earlier than the usual European schedule to avoid clashing with the Formula 1 Eifel GP for television broadcasters. 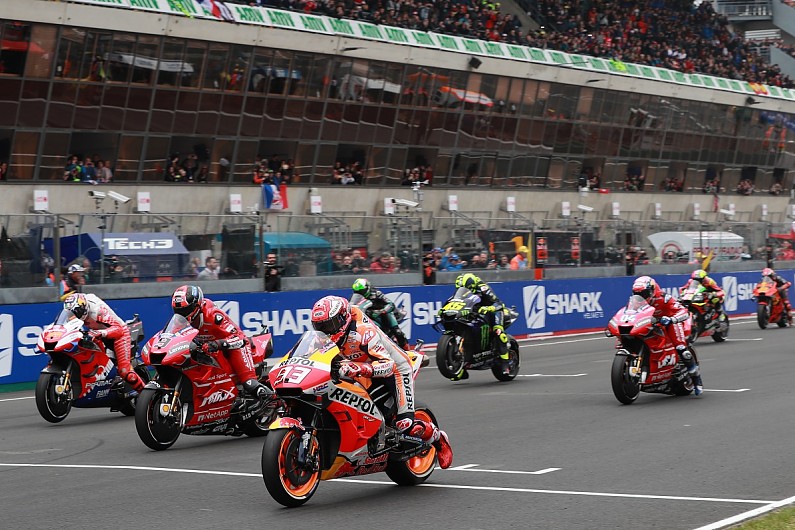 How can I watch the French MotoGP?

In the United Kingdom, BT Sport have exclusive live broadcasting rights, with Quest TV set to show highlights. The race will be shown live on BT Sport 2, with coverage starting at 11:30am BST, directly after the Moto3 race.

BT Sport will also be showing the Moto3, Moto2 and MotoE races from Le Mans.

MotoGP also offers a live video streaming service to watch every practice, qualifying and race for all classes.

Weather forecast for the French MotoGP

Current weather forecasts predict cloudy but dry conditions at Le Mans for the whole of race day, with a high of 14 degrees Celsius for the start of the MotoGP race – approximately the same conditions as qualifying.