MotoGP, Savadori: “I beat Mir in qualifying? I could have done even better” 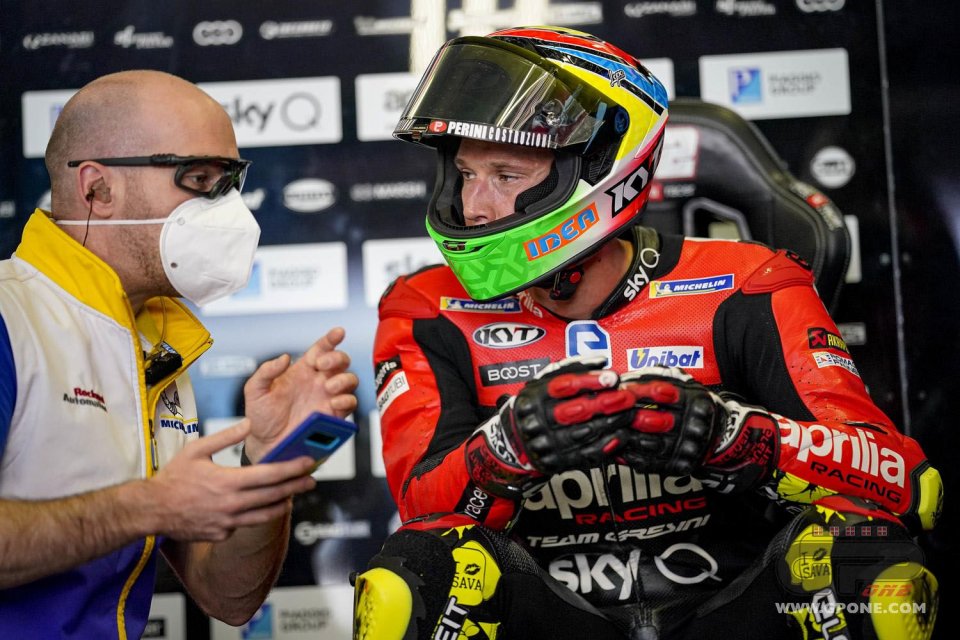 If they had told Lorenzo Savadori that in the third qualifying of his career in MotoGP he would have been able to beat the world champion, the 2020 CIV title winner would hardly have believed it. But that’s exactly what happened in qualifying for Portimao, the race that closes the triple-header that began with the first round in Valencia and which allowed the Noale manufacturer rider to make his debut in the premier class of the world championship.

Savadori finished Q1 in 19th position getting the better of Joan Mir, who, the victim of numerous difficulties in interpreting the Portimao track, finished only 20th in his first qualifying run as champion. But perhaps the data that best demonstrates Savadori’s good performance in Portimao is the gap to Aleix Espargargò, just over 4 tenths of a second. A time that could have been even better if Lorenzo hadn’t found traffic in his final attempt against the clock.

“Did I beat Mir? No come on! Actually, besides this, I am not completely satisfied because I could have done something more – said Savadori – I have not yet been able to completely solve the problems in the area where I suffer most, which is precisely the corner entry phase when you have to push hard on the qualifying lap. We weren’t able to improve on this, but I know I could have done a little better and when you have the chance to do better, you have to do it ” .

It’s still only your third qualifying…

“Clearly you need experience, MotoGP is a very high level category, qualifying must be managed in a particular way and already this weekend I got more used to working with two bikes, we did a very different job than in Valencia, also because here the weather allowed it. This is positive, but the race is tomorrow and we’ll see. If I manage to suffer less than Valencia in the first laps, it could be interesting. “

In short, it was a good day, were it not for some confidence problems with the front of his Aprilia.

“I didn’t feel very good at the front and when you push 101% in one lap, you can’t give it all if you’re not perfectly in order. At the moment I have problems finding solutions in this area and of course I would need more experience when the time comes to really push hard “.

The feeling is that you have made a lot of progress in these three races, what do you think?

“On this bike I only did three tests with the test team and that is another type of work. We started in Valencia to really work for me, on my feelings and performance with this bike. It has really changed a lot for me, my feelings, my way of approaching the sessions and it’s all part of the experience. The MotoGP of today is at a very high level, where super details make the difference, not just the details. I am satisfied with the progress that I made, you always have to do better and improve. In fact, I’m not completely satisfied with the position on the grid because today we could have done something more in qualifying, but I’m improving and I’m continuing to do so. I just have to say thanks to Aprilia because this opportunity gave me given so much, it was great to race with the others “.

What do you think it takes to convince Aprilia to give you a great chance for 2021?

“Aprilia expects me to always give 100% and I am doing it. I don’t think that the result I will achieve tomorrow will change things in any way for me with them. I can only think of doing my best, but I find it difficult to take a position. I would like to have a good race, I think if I don’t struggle too much at the beginning I might do well. Here it is very important to stay with the group, and it is very difficult to overtake. It is not obvious to do so, so in my opinion if I had been able to qualify better it would have been positive. In my fastest lap I also found some traffic, which made me lose about a tenth and a half. It doesn’t seem very much, but in today’s MotoGP it means 4 or 5 positions on the grid “.