MotoGP, Rossi: “In Yamaha, they listen to the riders, then they do what they want.” 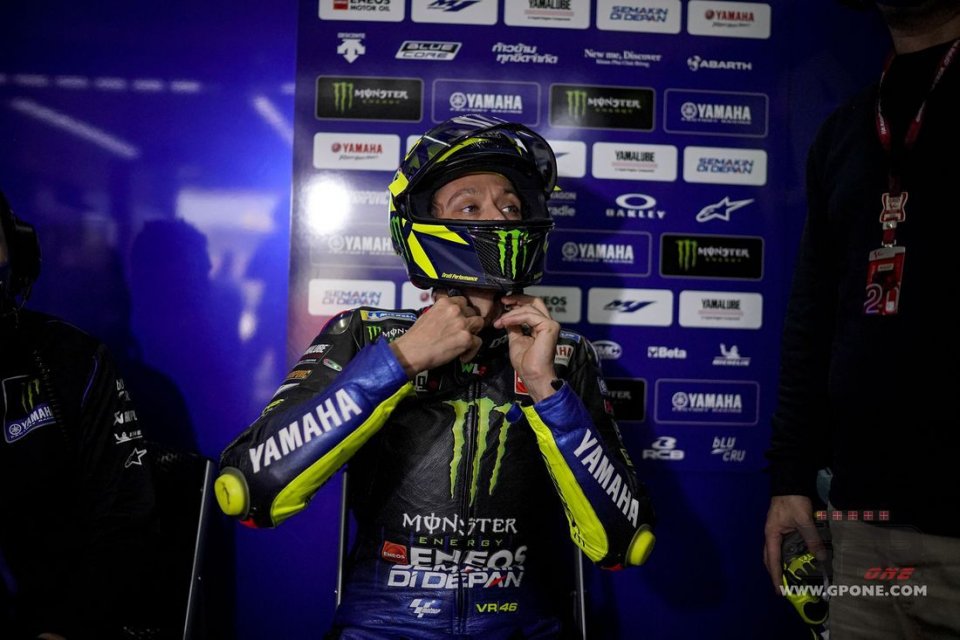 Valentino Rossi was anxiously awaiting the moment when he would ride his M1 in Portimao, but things didn’t go as he expected. He was slow in the morning and, in the afternoon, a fall made everything even more complicated so, at the end of the day, he ended up in a disappointing 21st place.

Certainly not the best way to start his last GP on the factory team. Next year, he’ll be with Petronas, and many are wondering what his contribution will be to the development of the new bike.

“I think I’ll be involved like this year. It won’t change much, but we’ll have to understand if I have been a lot or not at all,” he said smiling. “I’ll make my experience available.  I’ll say what we need, as I always have, even if the problems have remained more or less the same. The Japanese engineers listen to us riders, but they already have in mind what they want to do.”

After talking about his future, the Doctor returned to the present.

“This is a good track, but also very difficult,” he explained. “This morning, we tested something different to increase the grip on the rear, but we lost the right balance, and I couldn’t enter corners quickly.”

That’s why he decided to step back in the afternoon.

“We went back to a more standard set-up. I was a bit faster but, unfortunately, I fell,” he continued. “I slowed down, the front tire cooled on the left side, and I fell. At that point, I had to use the second bike, but I didn’t have confidence in the front, and I was slow. Tomorrow I’ll use a more normal set-up, and I hope to improve.”

The fall also made him discover how large (and painful) the gravel of the ride-off areas is.

“This is also the case on other tracks. We’ve often talked about it, but changing is a big job. So it’s best if we don’t fall,” he said jokingly.

Besides the gravel, Valentino is promoting Portimao across the board.

“It’s a track that’s different from all the others. Fun and exciting,” is how he described it. “I talked to the engineers, and they explained that they decided to make it special. The changes in slope are artificial and extreme. I’d say that they managed to get what they wanted. I also like the design. There are fast and blind corners you have to memorize. It’s a ruthless track.”

Tomorrow Valentino will have to be able to interpret it better.

“Among Covid, breakdowns, and errors, I’m coming from a difficult time. In Valencia, I managed to finish the race. I’d like to be more competitive here. I think thatthe grip on the asphalt will improve, and the FP3s will be crucial. I’ll have to be faster,” is what Valentino is hoping.