MotoGP, Quartararo reckons Portimao is the hardest MotoGP track he’s ever raced on 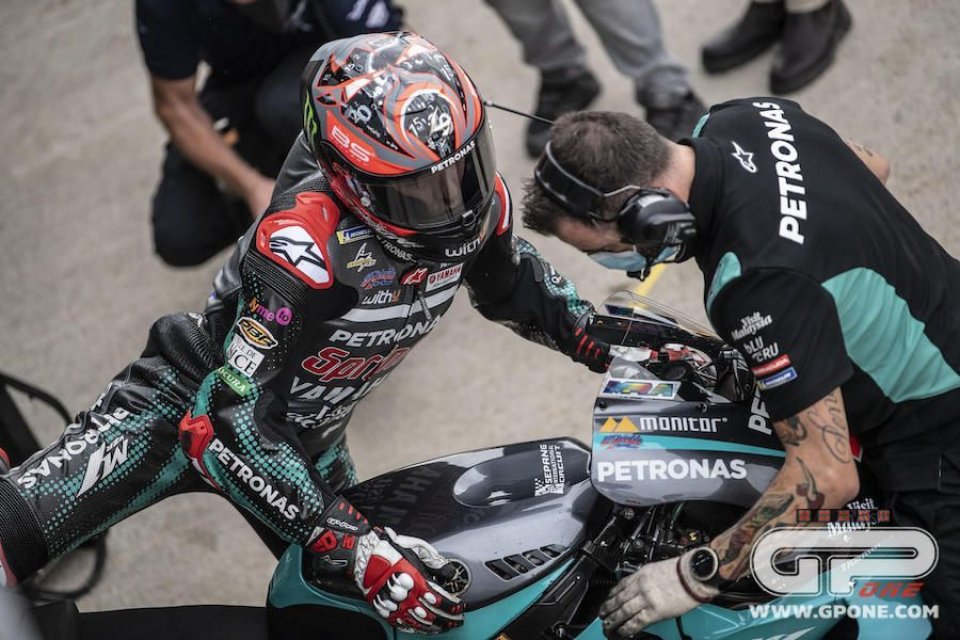 It’s the last GP of the year for everyone and also for Fabio Quartararo who probably can’t wait to put a disastrous season behind him and start all over again next year in the factory Yamaha team. The Frenchman lost a world championship which at first he seemed to have won by entering an endless spiral of technical problems and from which, in the last few races, he seems to be unable to get out. The Portimao race, therefore, will be the last one before he makes the jump onto the bike that belongs to Valentino Rossi today and it would be really important for Fabio to leave the Petronas team with a good performance.

“Today went well, I can finally say that I enjoyed it! The track is fantastic, full of ups and downs! At the end of the day I was impressed with my time because today but we made a lot of changes, we tried different gear settings, a carbon swingarm, a shock absorber, set-ups, but in the end my last three laps were positive so I am happy”.

Before addressing questions about the technical innovations, can you tell us about the feelings you experienced on this track? You said it’s great but how hard is it?

“I think this is the most difficult track I’ve raced in MotoGP. Here the braking references are very difficult to find, because you can’t see anything. I think this is the main thing we are struggling with because we know how important it is to brake in the perfect place and subconsciously we brake earlier than necessary ”.

How exciting was it to go down the descent with these bikes and also the last corner? Were you able to do it full-gas?

“No, in the last corner, you are not really at the top but at the exit it’s pretty incredible because you get a lot of speed. I’m curious to see how fast we are, I think we shouldn’t be far from 250km/h, and it’s an incredible feeling. In the descent on the first lap, I got butterflies in my stomach, it seems to be really on a rollercoaster ”.

You mentioned the many technical changes and tests done on your bike today. Did you by chance try the ratios that Lorenzo had used in the tests done here?

“I used different settings than Jorge, but I still had a base to build on, and I think it was important. In almost all the slow corners we used an extra gear. Today between FP1 and FP2 we were unable to modify the gearbox on that bike, because I had to try the carbon swingarm, so I completely changed the bike and it was positive.”

As for the choice of tyre, today we saw a lot of tests for all the teams. What did you do? Who did you see in good form?

“Maverick was very fast with the hard while I am very happy with the hard on the front but for the time attack I preferred to use the medium. I saw a lot of riders put on new tyres over and over again while I only went out with new tyres at the end and at the rear I went with the soft. I go well with all the compounds even if the second run in FP2 was difficult due to the tests I did on the new gearbox and swingarm. Anyway, I don’t think my pace was bad and I know I can still improve ”.