MotoGP, Petrucci: “When Dall’Igna told me I was out of the factory team, I felt like a failure” 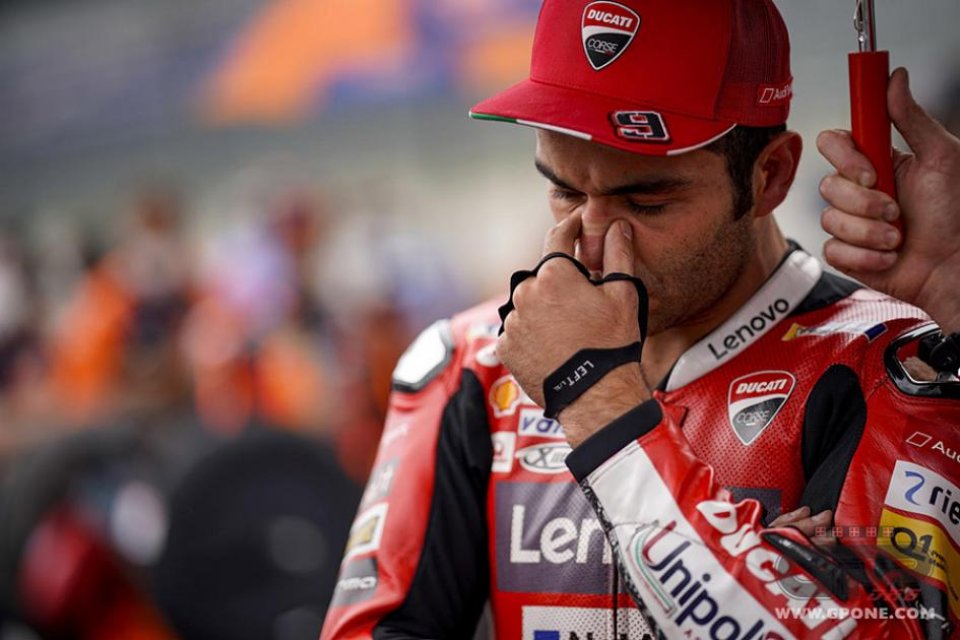 It’s a bit like the classic last day of school. An opportunity to say goodbye to everyone, empty the locker and head home. A new chapter in life for Danilo Petrucci begins tonight. In fact, with sixteenth place in Portimao his adventure in Ducati comes to an end and now the KTM awaits him.

In Portimao the rider from Terni hoped for a better ending, but things didn’t go exactly according to plan.

“We suffered a lot during this weekend, so much so that I even ended up out of the points – began Danilo – it was crazy, but I couldn’t do any more than that. I was unable to find the right compromise with the Ducati and consequently I was forced to fight with the bike for the whole weekend ”.

A film seen and reviewed several times in this crazy 2020…

“I never found the right confidence with the bike during this year, apart from Barcelona and Le Mans, where I managed to be competitive. This race confirmed all the limits I had with the GP20 under braking and with grip. The bike has changed a lot compared to last year, but unfortunately the tyres have affected a lot as we have seen. I’m disappointed it ended like this, even if looking back I think I have shown something great, doing my best as always ”.

But now it’s time to turn the page and start writing a new chapter in life.

“It is a strange situation to leave Ducati. When Gigi Dall’Igna called me to tell me I was out of the Factory team, I felt like a failure, because I had failed my mission with Ducati. At the same time, however, I thanked him, because thanks to him I was able to find a competitive reality like KTM. Maybe at the beginning the KTM was not a fast bike, but now it has improved a lot and I’m happy with the choice for 2021 “.

“KTM has lost the free test concessions and as a result I will only start in February. However, I will go to the wind tunnel next week to start working, particularly in terms of top speed. For the rest I will devote myself to motocross during the winter, also because I can’t go outside Italy, and finally I won’t have to hide the make of the bike “.

“Of course there are. I could have won my first race before I did. I remember for example Assen, or the Sachsenring. But it’s easy to say now, even though I’ve always done my best. Inside I am satisfied and curious about the new adventure that awaits me with KTM. However, I would like to underline that I am satisfied with the path made with Ducati and with the victories, because winning in MotoGP is the dream of every rider ”.

The Austrian motorcycle won today in Portugal. We therefore wonder if Danilo will be able to adapt quickly…

“I hope so, even if saying it now is complicated. When I went to Austria to meet Leitner, they told me that a big step forward has been made, obviously thanks to Pedrosa. It is a bike that can be ridden both smoothly and aggressively and this was one of the useful aspects that convinced me. But I just got on the KTM without turning it on (smiles). 2021 will be a crucial year, not least because I will be the third oldest rider on the grid. It will be a kind of double or quits as far as my career is concerned. I’ll have to do well, even if a change of scenery will do me good “.

Poncharal has bet on him and Danilo does not want to betray expectations..

“I know Poncharal, a nice and kind person, I know that I will have Verbena as chief engineer. As I said, I’m curious to start my journey with them, even if I don’t know the team. I thank Ducati for all these years and for giving me this opportunity ”.