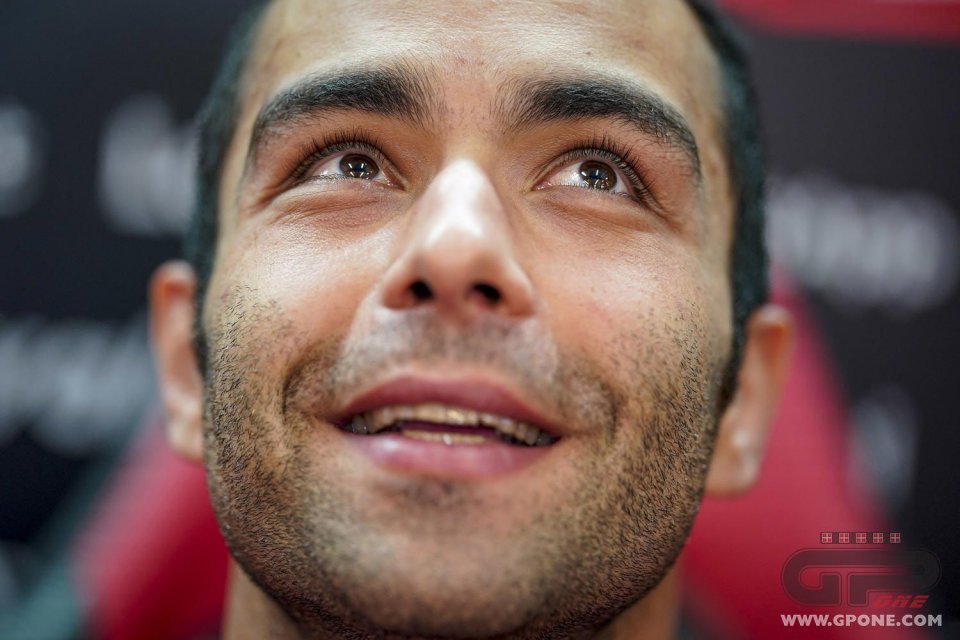 The long goodbye between Danilo Petrucci and Ducati has reached the end of its journey. A season lived separately at home, which has given him both joy and sorrow after a six-year marriage in MotoGP and which led to the triumphs of Mugello and Le Mans, two pearls that represent the icing on a cake that has now arrived at its … last slice.

Call it fate, destiny, luck or what you will, but it is certainly strange that Portimao is the place where Petrucci and Ducati will say goodbye to each other for the second time. It already happened once in 2011, when Danilo won the Superstock title in Portimao with the 1098R and then moved on to MotoGP in 2012 aboard the Ioda. Only that was a goodbye, while today it is difficult to see this as anything else than a farewell. Petrucci, however, is positive and above all excited, as he tells what he will take with him in his heart from these six years spent together.

“I will take the results with me, the great ones – said Petrucci – Ducati allowed me to win in MotoGP, there were many difficult moments, even disappointments. I could have achieved victory sooner, but as I have said many times it is easy to say after where you could have done better. I will take with me the fact that I have really seen what the company is, seeing the workers on the assembly line who stop and greet you because they cheer for you. The fact that I am a benchmark rider of a factory that is the most beautiful for me in Italy, especially after starting as a test rider of the production bikes. I became a factory rider in MotoGP, I think I have come a long way. I started not from the slums, but just from behind the shed (laughs heartily, Ed.). I’m really happy for this, I’ll carry this affection inside. The nice thing is that now in recent years when I went to Ducati they recognized me at the gate and raised the bar without anyone stopping me “.

A farewell in a strange season and on a track where you raced and even won with the Ducati in Superstock.

“It has been a strange year, with so many races one after the other. I’m happy to have reached this point, there is also a particular coincidence and that is that my last race in 2011 in Stock with Ducati was here at Portimao. Then I moved to MotoGP with Ioda. This time I will stay in MotoGP, but with another factory. It is an incredible coincidence! I won that time, but this time it will be difficult. I would like to have a good race and say goodbye to the team with a smile “.

2020 was truly unpredictable. What did you miss to do better?

“Nobody expected a balanced situation as the one we have seen this season. It was enough to be at 99% instead of 100% to have difficulty getting into the points. I was probably lacking the ability to adapt to this tyre a bit. it’s easy to understand where we went wrong and where we did well. I made mistakes in qualifying, but I’m satisfied with what my six years with Ducati have been. “

Today you took a photo with the other winners this season. A paradox to be among them in such a complex season for you?

“It is not a paradox to be among the winners of a MotoGP race. I would have paid as a child to be in this paradox. I also won in 2019, so I am still capable of winning. Then doing it every Sunday was not possible for many reasons, but as I said I’m happy. I wanted to do other good races and there have also been, except that I started from behind and they didn’t show much. I would have liked to finish better in the championship, but now it’s gone. I can aim to be strong in this last one race and then we’ll see. At least I’m happy to have won a race this season “.

What do you expect from Portimao with MotoGP?

“Lapping in Portimao with the MotoGP is a big question mark. Everyone likes the track now, but in reality the tracks that the riders like are the ones where they are strong. We will need to understand how our bikes behave on this new asphalt and see if it’s really fun for MotoGP. I would like to have fun this last weekend of the season. “

Dovizioso said the Suzuki won because it’s a simple bike. Do you think Ducati has looked for too much sophistication, forgetting simplicity?

“The Suzuki seems like a complete bike, but only in the second half of the season because after Jerez everyone had the idea that the bike to beat was another one. For sure Ducati did its best for what its knowledge was, it brought evolutions that have always been copied by others. I think of the aerodynamics, the device to lower the bike. Today everyone has it, before we were the only ones to had it. But it is clear that everyone would like to have, say, the Suzuki frame or the Yamaha swingarm. Everyone would like to have their cake and eat it too. Ducati has worked on those areas where it was strongest, we riders can only transfer the sensations. The difficult thing is the engineers do, when they transform those feelings into something practical and solutions on the bike. That’s not easy at all and this year has been tougher because we hardly did any tests, we didn’t try different things. “