MotoGP, Oliveira: “I only thought about winning, without looking back” 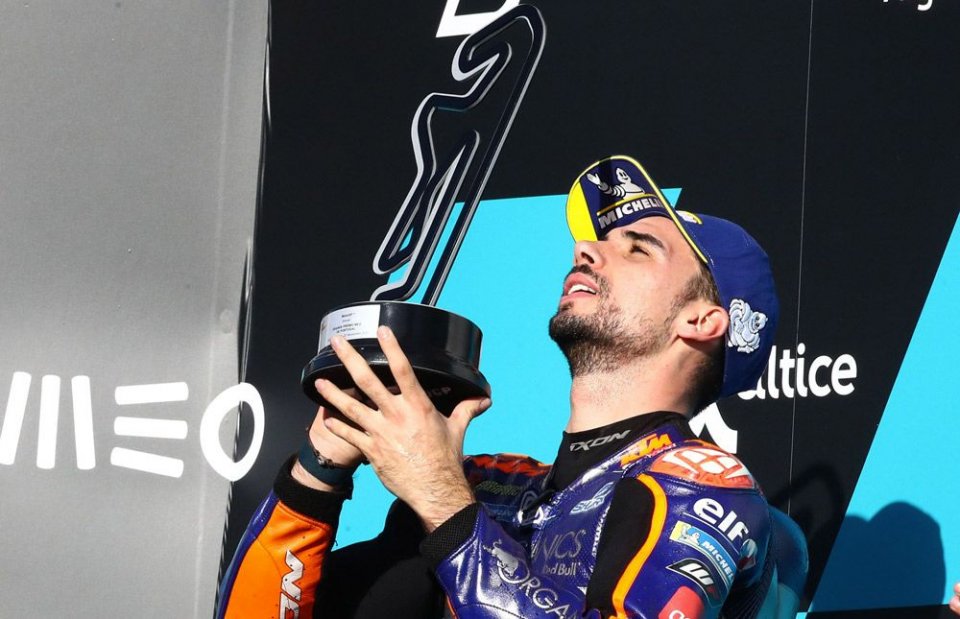 In Austria he was the smartest, taking advantage of the mistakes of Miller and Pol Espargarò in the final corner, at Portimao he was quite simply – and clearly – the fastest. Miguel Oliveira took his second win of the year on his home track and could not have finished the year in a better way and said goodbye to the Tech3 team. Next year he will be in the official KTM team and it cannot be said that he did not deserve that step.

“Today the emotion was different – he said – There was no adrenaline from overtaking at the last corner, but I had to manage the race. I only started with the desire to win, after FP4 I realized I had something more. I pushed from the start without looking back, but managing the tyres and the advantage in the final laps was not easy. If I have to describe this race in one word, I would say it was very long” he smiled.

Oliveira demonstrated that he has rightfully entered the ranks of the top riders, but he is also aware that his work is only at the beginning and next year he will have to confirm himself with the official team.

“I am ready to fight for the title, but I also know I have to be more consistent – he underlined – Apart from the crashes , there have been races this year where I could have done better. I’m not talking about the ones where I went down on the ground, but when I finished 5th or 6th. It’s nice to have won twice, but I wanted to do more ”.

“I don’t think my work in the official team will be easier, in fact it will be more difficult – he continued – There will be more people working on all the details and this will allow me to improve even more. In any case, I am sure that our bike can be competitive on all tracks, it only takes time to put everything in place ”.