MotoGP, Morbidelli: “Quartararo and I are rivals, it will be exciting with Rossi” 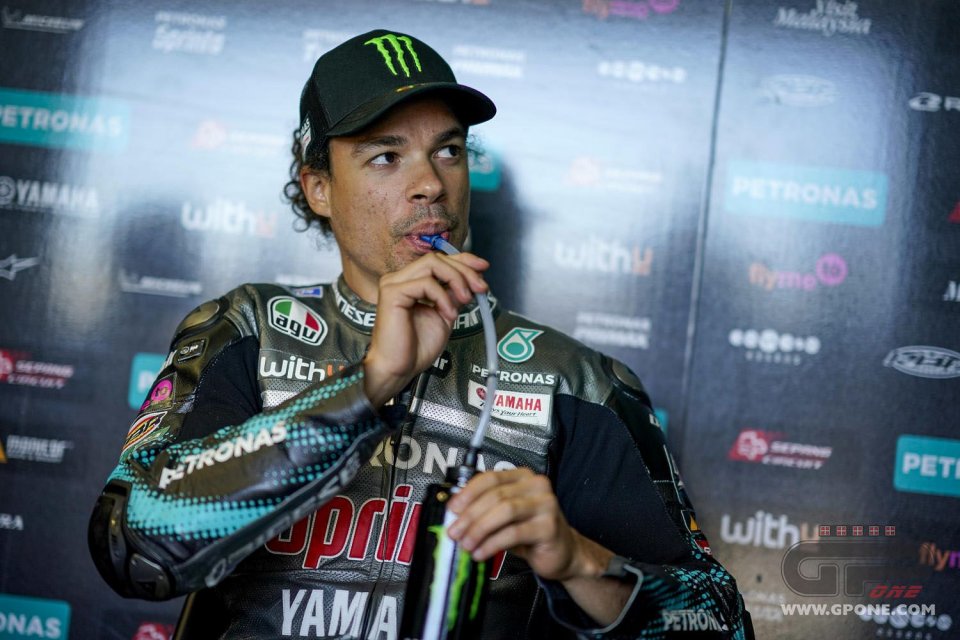 After the first day of action at Portimao, Franco Morbidelli seems to be one of the favourites on race pace. Setting tenth quickest time at the end of the day half a second from the top, the Petronas rider is satisfied with the work done at the end of Friday.

“This first day was very good – Franco began – the track is wonderful, even if I struggled a bit at the beginning. It was indeed difficult to find the right pace, then in the afternoon the sensations improved and the balance is positive. What can I say, this is the last race of the year, all the riders are in tune with their bike and as a result the gaps are very small. It is interesting to see the current balance that has emerged, even if on my part we need another step forward to maintain this level “.

The season ends in Portimao and on Sunday evening Franco will say goodbye to Quartararo, promoted to the factory team. Valentino will arrive in his place.

“Fabio was a good teammate, since I had a good relationship with him and his entire team. However, Quartararo and I did not forge a strong bond, because we were rivals in the garage. But now Valentino will arrive and it will be exciting, because he is a legend and we all know him well. For me it will be a further motivation to confront and beat him ”.

Morbidelli was then asked how useful the tests carried out by Lorenzo were.

“Jorge’s data were useful and we evaluated them carefully, since they allowed us not to arrive on this track unprepared, avoiding going out blindly on the track. It was important that he lapped ”.

Finally, a prediction about Moto2…

“It will be an incandescent finale. I’m nervous for my friends, namely Bezzecchi and Marini. I hope one of them manages to win it. I don’t feel like giving an opinion. However, I would like to say that it was a World Championship without a real dominator, which saw four riders fighting for the title, sharing the spoils over the course of the season “.