MotoGP, Mir: “It makes me smile to be close to Rabat in his last race”

He certainly can’t lose his smile now, nothing can trouble Joan Mir, not even this unfortunate, unexpected, last place in qualifying at the Portimao GP in Portugal. But he’s somewhat angry.

“We had an electronic problem. This made us take a wrong turn. We lost the day and, when we realized it, I regained confidence at the end of the FP4s, just when Zarco leaked oil on the track. I didn’t quite understand what happened, there was a lot of smoke.”

The new world champion faced an unlucky day that, nevertheless, doesn’t ruin his season. He knows he’s “really disappointed. It’s certainly not the best way to finish the last qualifying of the year.” But there’s something even worse. After all, the world championship is his, and this is the only thing that matters.

“On the one hand, it’s better that it happened today and not before, but this is still a really bad day. The only thing that makes me smile is that I’ll start alongside Tito Rabat at his last MotoGP race.” 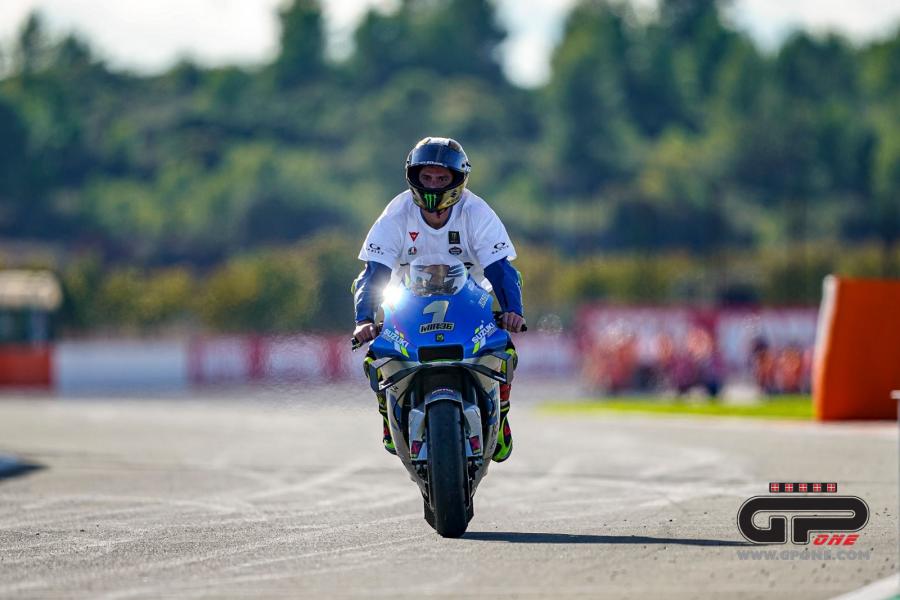 That smile holds everything. The expression of a guy who’s only at the beginning of a successful journey.

“I think my bike can be competitive, so we can bounce back. It won’t be easy, but the possibilities are there. I’m sure the problem will not repeat itself.”

Mir’s a tough guy. He knows what he wants.

“The thing that matters is that I was strong enough yesterday, confident. Today, because of this problem, I couldn’t perform, but I’m sure that tomorrow I’ll be able to fix things during the warm up and make a good recovery for the last race.”

And again, regarding the medium tires: “We weren’t able to do the tests we needed because of the problem we had. I consider today a lost day. At one point, I was also a bit scared by the problem, by the fact that we couldn’t understand it. Yesterday, however, the feeling was good. I know I can be competitive, so we must all work together to have a great race tomorrow.”