MotoGP, Lorenzo Savadori with Aprilia in 2021, at least for now

In the last few days, it felt like watching a lottery, waiting to find out the name of the second Aprilia rider. Virtually every rider without a contract in any category, as well as most of the Moto2 riders, has been paired with the factory in Noale.

An attempt was made to convince Jorge Lorenzo to put on his suit and helmet again,  Rabat and Davies were taken into consideration, while Bezzecchi’s and Di Giannatonio’s availability  was explored and, after their response was “no”, they moved on to Canet and so on, up to Joe Roberts, but his agreement with Italtrans and his doubts are an obstacle.

The season ended without even an official announcement on who will ride the second RS-GP in 2021.

But today the list of riders that have been signed up for the next MotoGP season was announced by the FIM and, in the official document – even if it’s temporary – Lorenzo Savadori is  the rider that was indicated for Aprilia.

The Italian rider raced the last three races of this championship after starting his work as a test rider for Noale at the beginning of the year and could be definitively promoted to rider.

The conditional, however, is a must, because the list is still temporary and changes can’t be  excluded. The only sure thing is that he’ll be with Aleix Espargarò in Jerez tomorrow, because Aprilia is the only manufacturer that can still take advantage of the concessions and, therefore, will carry our private tests in Spain.

If Savadori were confirmed, there would be seven riders on the grid. Almost a third of the total. In fact, along with Lorenzo, Valentino Rossi, Franco Morbidelli, Danilo Petrucci, and Pecco Bagnaia, the two rookies –  Enea Bastianini and Luca Marini – will also be there. 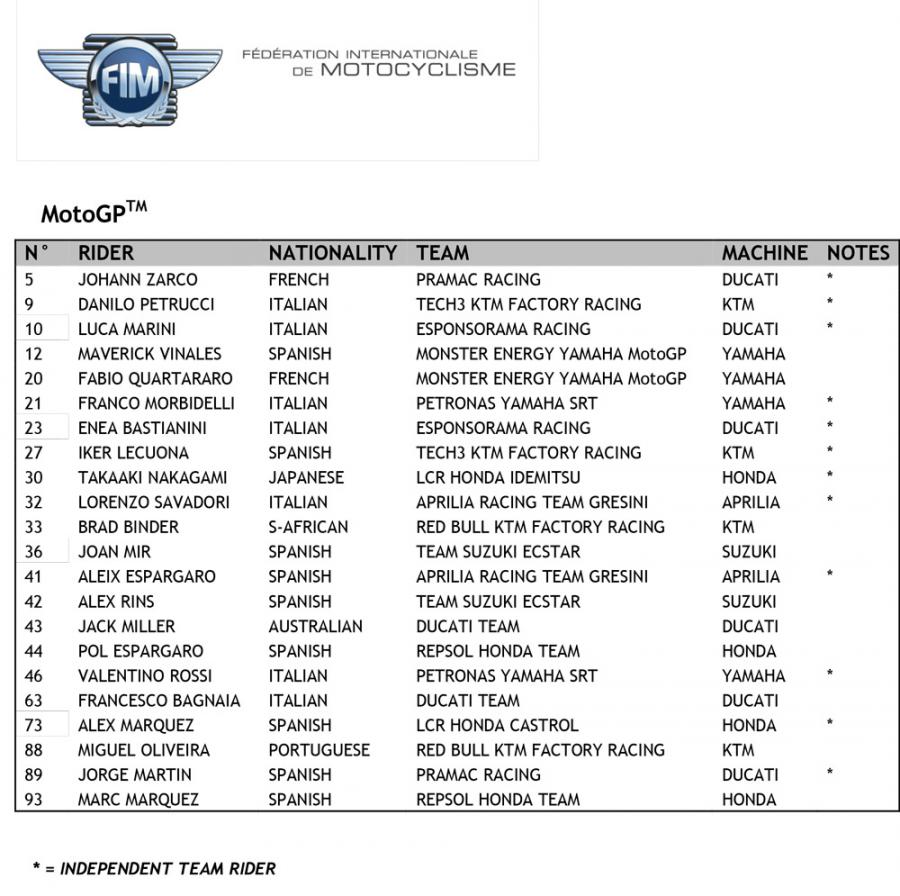