MotoGP, Joan Mir: “I was without traction control, it was becoming dangerous” 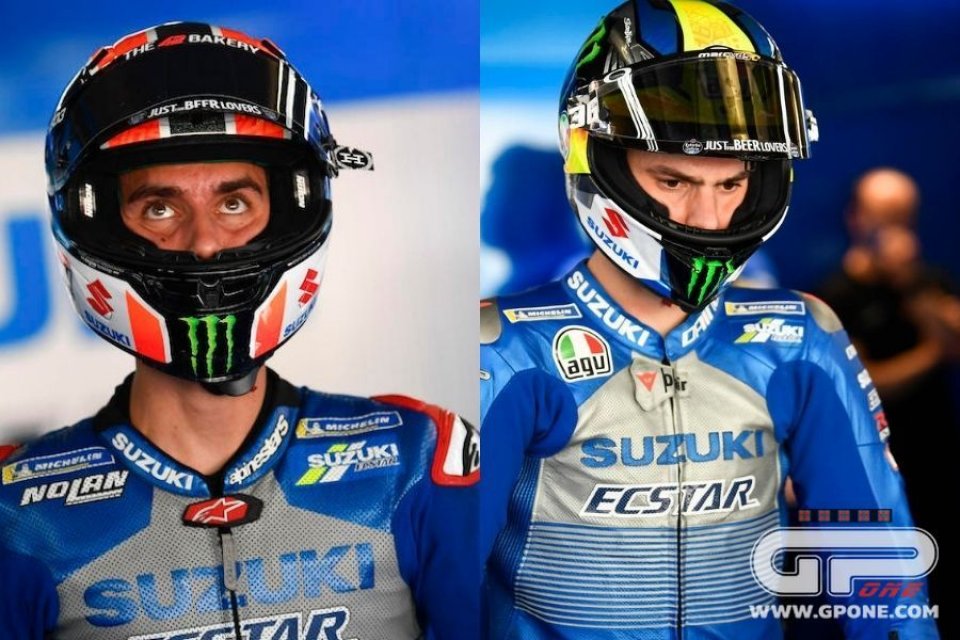 A special vintage year that has ended, perhaps, not in the best way. Suzuki finally took one of its riders back to world championship victory 20 years after the last time but failed to grab the win in the Constructors’ standings that saw Ducati triumph. It must be said that the Borgo Panigale manufacturer has 6 bikes on the grid against only 2 Suzukis, but in any case, a good result at Portimao would have allowed Hamamatsu to celebrate further. Today the dream pairing of Mir-Rins probably disappointed expectations by failing to make the last step of an almost triumphal season.

Joan Mir, who started from 20th place on the grid, after yesterday’s electronic problems had to retire for this reason. What happened?

“I would say that it was not my luckiest day – admitted Mir – In the first laps I went very well, perhaps thanks to the adrenaline I had in my body but the truth is that I had lost all the electronics due to contact with Pecco or with Zarco. About this I have to apologize to Bagnaia because I was too aggressive on him. Sometimes I criticize this type of manoeuvre and today I did something similar, I’m sorry. I no longer had traction control and it was starting to get dangerous, and it would have been worse as the tyre wear progressed, so I retired. It’s a shame to have finished such a year in such a bad way”.

A race that ended with a zero, the third of Mir’s season. Without that problem, where could the world champion have finished the race?

“I really don’t know – he told us – I got a good start but there was this problem. I really don’t know the reason for it switching off but in any case it has something to do with the contact with Zarco or Bagnaia and different from yesterday’s problem ”.

At Suzuki, therefore, they are preparing for a winter of rest and work with the knowledge that they have a bike and riders who will be able to participate in the battle also in 2021, but knowing also they have to improve the package in view of the season ahead.

Rins: “I have to do checks on my shoulder and figure out what to do”

“Today the race was very difficult – said Alex Rins – I wasn’t able to fight for the Constructors’ championship or even for the second position in the world championship which were my goals of the day. It’s a real shame but we still have to be happy with this 2020. Today I made a good start and then I started to not feel good on the bike, I think I made a mistake in the choice of tyre. I will work very hard during the winter – continued Rins – I will try to keep the same pace as last winter since I arrived in Jerez with a lot of speed, then the crash and the injury made everything go wrong. But now I’ll take a couple of weeks to try and do nothing, I’ll stay in Andorra with my girlfriend and the dogs but first I‘ll have to go to Barcelona to do some shoulder checks and figure out what to do “.

Is an operation a possibility?

“I do not know. I haven’t done X-rays and various checks for three months, I haven’t had the time but in any case the shoulder is fine enough, it’s the arm that I feel a bit tired. At the moment I don’t have the same muscle between right and left, I’ll have to train if I don’t have an operation, but we’ll see ”.