MotoGP, Dovizioso: “I didn’t win the World Championship with Ducati, but I’m not a loser.” 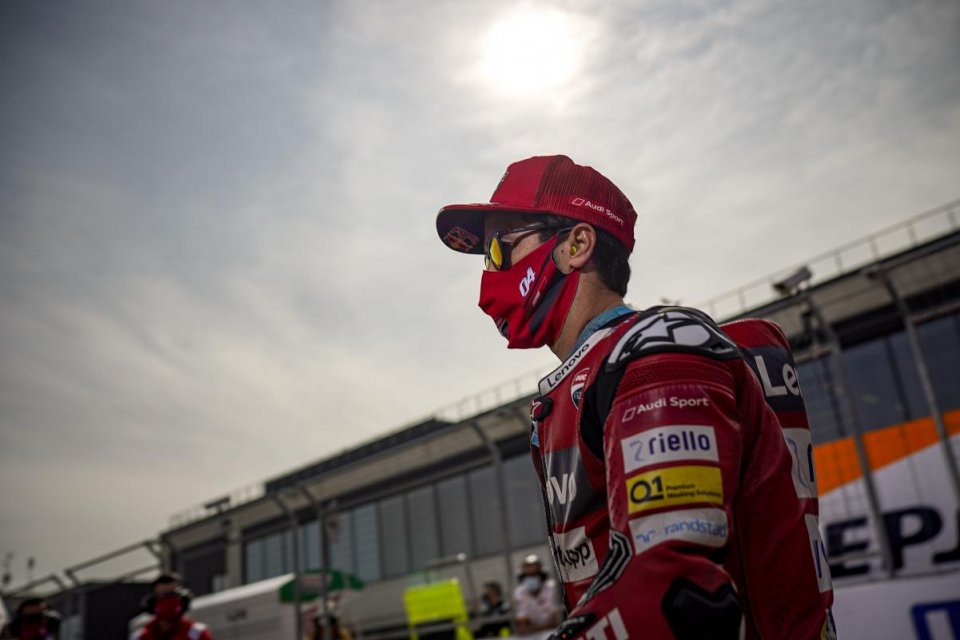 Farewell to Cal Crutchlow and Andrea Dovizioso too. Portimao will be the last race for the rider from Forlì. His journey with Ducati has come to an end. Many expected to see him again in action in 2021, but Andrea will take this sabbatical year, enjoying his family and, at the same time, motorcross, one of his great passions.

But, first, there’s Portimao, the final round of the 2020 MotoGP season.

“I’d like to close this adventure with Ducati with a good result,” Andrea began. “The World Championship is gone, but we can aim for something important, such as the second and third step of the podium, even if Morbidelli is a bit far in the standings.”

The time has also come for Dovi to take stock.

“In recent years, there have been many great moments, especially the 2019 victory in Austria, which came after a complicated  time. We got to that GP having to chase after Marquez, but we managed to win at the last corner. It’ll remain a great emotion.”

One also wonders if he has any regrets.

“It’s impossible to do everything perfectly. Honestly, I don’t know, since I’ve been racing for so many years. But I consider important what I’ve done in my career for Ducati, given that we’ve won several races, also fighting it out for the World Championship. Unfortunately, I didn’t win the title but, deep down, I don’t consider myself a loser, because we came up against Marquez and Honda, contending for the Championship after many years of difficulty. I think this is an important aspect. Obviously, I’m sorry not to have become World Champion, but I think I’ve grown a lot as a person and rider over the years, all of which makes me enthusiastic.”

Finally, he also mentions Danilo Petrucci, who’s ready to team up with KTM.

“He’s a special guy. Our relationship has improved from year to year, and this also confirms certain results achieved on the track. His working method is in line with mine, and all this has contributed to working better on the bike.”

At Ducati, it’ll be up to the Bagnaia-Miller duo to take up the legacy of the two riders. It was Jack who spoke at the conference, dedicated for the occasion to his friend Crutchlow: “I can’t help but thank him for everything he’s done, since I consider him one of the greatest riders and workers,” he commented.  “Many doubted him, but Cal proved with results that they were wrong. This paddock will certainly miss him a lot.”