Joan Mir admitted “I don’t believe what is happening” after wrapping up the 2020 MotoGP world championship at the Valencia Grand Prix to end a 20-year wait for Suzuki.

Mir took the chequered flag in a safe seventh having started from 14th on Sunday at the Ricardo Tormo Circuit, which was enough to put the 2020 title beyond the reach of race winner Franco Morbidelli (Petronas SRT) and fourth-placed Suzuki team-mate Alex Rins.

Speaking to MotoGP’s world feed immediately after the race, Mir said: “Unbelievable. I don’t have words to describe this emotion because it’s something that I’ve been fighting for all my life.

“And to finally get this result at the moment I don’t laugh, I cannot cry. It’s a mix of emotions.

“I’m really, really happy. You can’t believe, because when you follow one dream all your life and finally you achieve it, at the moment I don’t believe what is happening.

“I need some time now to relax to understand what happened because I don’t have words.” 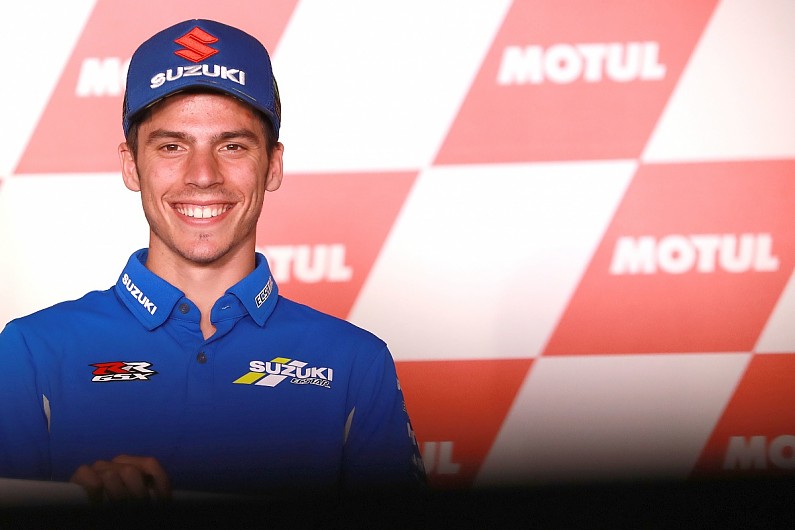 Mir made his full-time grand prix debut in 2016 in Moto3, before winning the lightweight class title in 2017 with Leopard Honda.

After a sole campaign in Moto2 with Marc VDS, Mir stepped up to MotoGP in 2019 with Suzuki and has been the most consistent campaigner in 2020 having amassed seven podiums – including a maiden win last weekend in the European GP.

Mir is now the first MotoGP world champion to have also won the Moto3 crown.

With a round to spare, Mir heads Morbidelli by 29 points, while Suzuki has won the teams’ title on the company’s 100th anniversary and its 60th in racing.

The 1993 500cc world champion Schwantz posted a brief message on his Instagram, saying: “Joan Mir, just watched the race, closed up the championship, going to Portugal with a race under his belt.

“Congratulations buddy, you did exactly what you needed to do today, didn’t take any unnecessary chances and world champ. Congrats!”

Suzuki is now level on 201 points with Ducati in the battle for the constructors’ title as the Japanese marque bids for its first manufacturers’ championship since 1982.