Six-time MotoGP world champion Marc Marquez’s broken right arm, which ruled him out of the 2020 season, is now beginning to show signs of healing, according to Honda.

Marquez broke his right humerus in a crash during the latter stages of last year’s Spanish Grand Prix at Jerez and immediately underwent surgery to have a plate fitted to the bone.

He attempted a comeback just days later at the second Jerez race, but had to abandon it after qualifying as the strain of his efforts damaged the metalwork.

He required a second operation in August, which ultimately ruled him out for the rest of the season, before undergoing a third surgery in December.

His latest operation had doctors graft bone from his hip to his arm in order to help the healing process, though recovery was delayed slightly by the finding of an infection from his previous surgery.

That operation was thought to come with a six-month recovery period, though Honda until now has remained tight-lipped on Marquez’s rehabilitation.

Marquez recently began training again and has been able to remove the shoulder protection he has been carrying for some time. 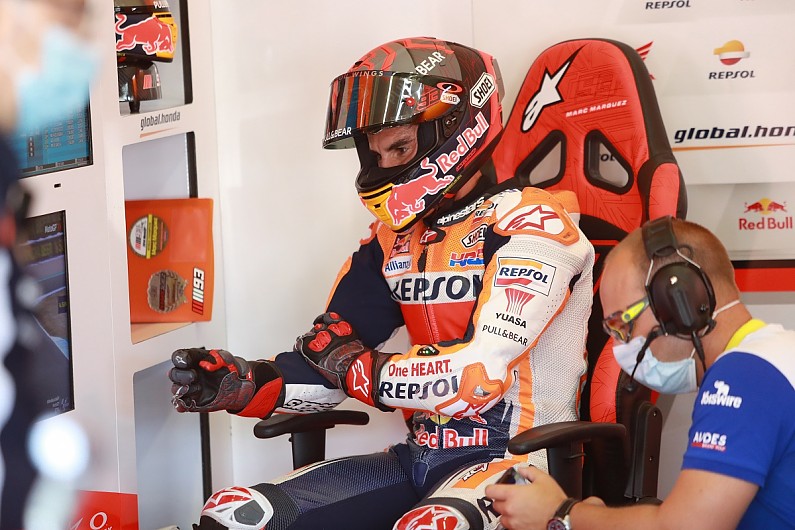 However, with six weeks to go until the scheduled start of the 2021 season in Qatar on 28 March, with testing beginning on the first week of March (COVID-19 pandemic permitting), Marquez’s participation still remains in doubt.

Marquez will be joined by Pol Espargaro at Honda in 2021, with the pair set to appear together as HRC riders for the first time on 22 February at the team’s official launch presentation.

In recent months, rumours of Honda potentially turning to ex-Ducati rider Andrea Dovizioso to sub for Marquez in the opening races of 2021, should the Spaniard remain unable to ride, have swirled.

Dovizioso – who is taking a sabbatical in 2021 after losing his Ducati ride – hasn’t ruled out the possibility, while his manager recently said the 15-time MotoGP race winner was ready should Honda make the call.

However, it now appears Honda has put these rumours to bed and will now likely run test rider Stefan Bradl – as it did from Brno onwards last year – should it need a replacement for Marquez.