MotoGP, Cerrutti: “Sardinia opened the way to the Dakar for Petrucci” 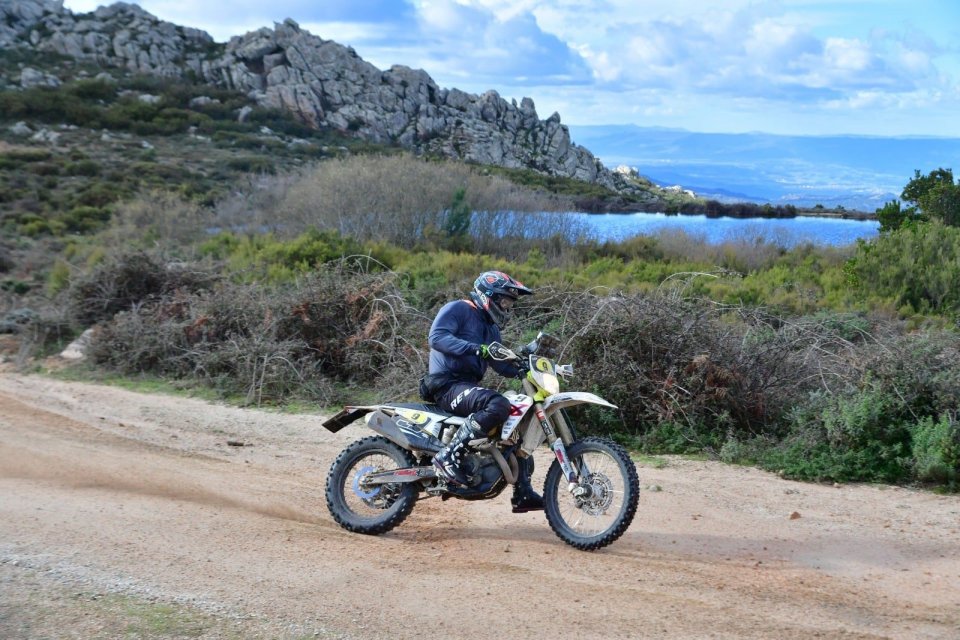 It was the Italian Champion, Jacopo Cerutti, who convinced Danilo Petrucci to take part in the “Rally Sandalion” in Olbia, the last tricolor stage of the MotoRally. An unprecedented experience for the rider from Terni, who accepted the challenge, showing that he’s at ease in a completely different context from that of the MotoGP circuits.

In fact, Danilo hit the mark in Sardinia during the first test, while Cerutti responded in the following one riding the Husqvarna. Then the race stopped, due to Sara Lenzi’s tragic death, after she collided with an off-road vehicle during the transfer between the first and second race.

An incident that shocked the participants, including Jacopo Cerutti.

“We had already left when this tragic accident happened, and we learned about it later,”  the rider from the Lombardy region of Italy commented. “It’s something that touches each of us deeply, and that’s why I think it was right that the race stopped. Each of us is aware of the risks present in the racing world, but the mind of a rider is always focused on the race, trying to give it our all. I’d like to send a message of condolences to all of Sara’s family, friends, and relatives.”

Jacopo, talking about the race after such an event is not exactly easy.

“Exactly. However, I can say that it was a tough rally, especially due to the low temperatures we had to deal with. It almost seemed like being in Bolivia, when the Dakar reached 4,000 meters. In the first round, Danilo was very good, and I think everyone noticed it.”

You were the one who convinced Petrucci to participate in this rally.

“There’s a beautiful relationship between me and Danilo. He told me several times that he would have liked to participate in the Dakar one day, so this time I convinced him to come and race in Sardinia. This stage was an opportunity to understand all the dynamics we have to deal. But he immediately showed he was at ease, even if he still has to gain experience, as it should be.”

What are the points to improve.

“First of all, you need time to prepare for a race like the Dakar. Danilo should stay out for at least a few weeks, become familiar with navigation and, at the same time, with the writing of the road book. He has this dream of racing in the Dakar, and I’m convinced that he’ll make it come true, because he’s a great professional and already, here in Sardinia, he’s shown that he has excellent potential.”

When will we see you together in the Dakar then?

“I’m sure we’ll do it together. Obviously, a lot depends on what his free time to prepare for such a race is. Given his commitments in tbhe MotoGP, it’s unlikely now, but I know that in the future we’ll will race together.”

Unfortunately there will be no Cerutti in the Dakar 2021.

“Exactly. I will not race this year. Given the situation linked to COVID, we’ve decided to give up on the next edition, but we’ll work to return in 2022. But I won’t keep still. In fact, I’ll take part in the Italian Championship, as well as in the Merzouga Rally, and maybe something in the East.”