The 2021 Moto2 and Moto3 pre-season tests have been moved from Jerez to Qatar in mid-March in a bid to “create the safest and most efficient” pre-season programme.

MotoGP promoters Dorna Sports, governing body the FIM and the International Race Teams’ Association (IRTA) have already been forced into calendar tweaks for the start of the 2021 season due to the COVID-19 pandemic.

February’s scheduled first pre-season test for MotoGP in Malaysia had to be cancelled last month owing to the country declaring a state of emergency due to an escalation in COVID infections.

Late last month a revision to the calendar was also made, with a second race in Qatar and a round in Portugal replacing the indefinitely postponed US and Argentine Grands Prix.

With travel restrictions coming into force worldwide again, the pre-season test for the Moto2 and Moto3 classes has now been moved to Qatar to ensure the entire paddock is able to be within the same bubble through the pre-season tests and the opening rounds.

The 19-21 March date for the Moto2 and Moto3 test is significant, as – at least for now – it means Dorna is committed to hosting the opening Qatar GP on 28 March, which means the clash with the 2021 Formula 1 opener Bahrain GP remains in place. 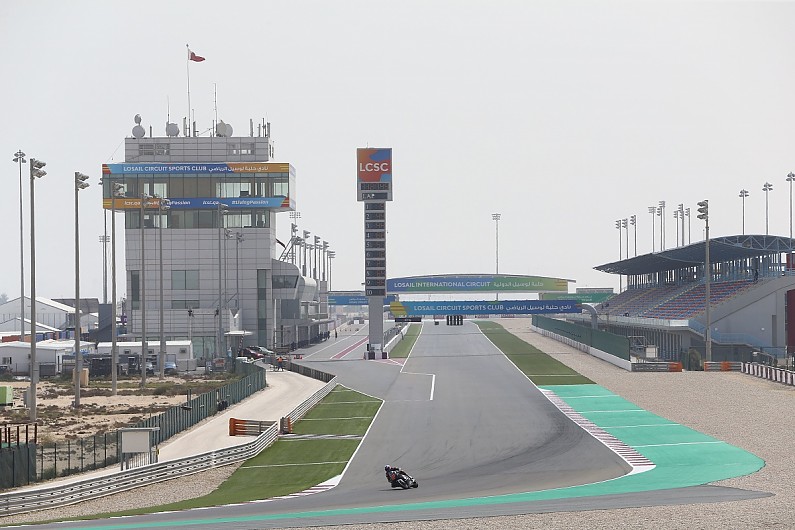 A statement from MotoGP read: “The FIM, IRTA and Dorna Sports can now announce a change of venue for the 2021 pre-season Moto2 and Moto3 test.

“Previously set to take place at the Circuito de Jerez-Angel Nieto, the test will now take place at Losail International Circuit in Qatar.

“The Idemitsu Asia Talent Cup will also be on track for pre-season testing on the same days and each class will have their own sessions as part of the three-day test.

“The change of venue for Moto2 and Moto3 has been agreed in order to create the safest and most efficient pre-season testing programme possible for the FIM MotoGP World Championship, minimising the travel necessary for each class and ensuring the first two grands prix of the season are able to take place safely and securely.”

Though many countries are currently experiencing a second wave of the pandemic, Qatar’s number of confirmed cases remains relatively low by comparison – with the current seven-day average standing at 346.

Mercedes won’t be “flirting” with other F1 drivers Hamilton “incredibly humbled” to be honoured by Schumacher’s family – F1