Montoya to drive in full 2021 WEC season with DragonSpeed – WEC

The winner of seven Formula 1 races made his second start at the Le Mans 24 Hours with the US entrant this year and has now joined for a full campaign across the six races on the team’s return to the series after a season’s absence.

He will share an ORECA-Gibson 07 with DragonSpeed regulars Ben Hanley and Henrik Hedman, the team’s patron and backer.

“I had an amazing experience with them this year at Le Mans and I’m looking forward to racing again at so many classic venues with such a great group of people.”

“Our fantastic crew has stuck together through an incredibly challenging year, and is hungrier than ever to deliver for Henrik and his co-drivers. 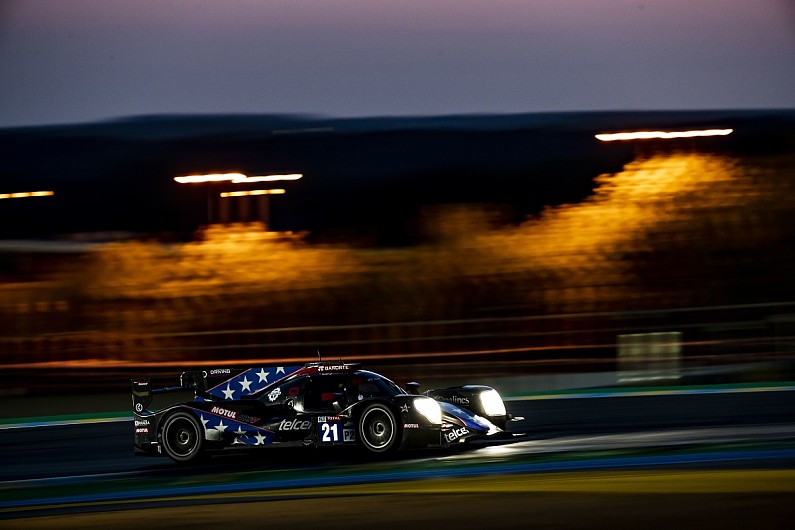 “Having Henrik and Ben together again while adding Juan’s ultra-gifted and experienced hands to the equation gives me tremendous confidence in our potential not only to fight for our class titles but also feature high up in the overall results as the new top class [Le Mans Hypercar] finds its feet.”

The DragonSpeed entry would also be eligible for a proposed LMP2 sub-class that is expected to be open to crews containing a bronze-rated driver such as Hedman or two silvers.

Montoya moves across to the WEC after three seasons racing in the IMSA SportsCar Championship in North America with the Penske Acura Daytona Prototype international squad.

The relationship between Penske and the Honda brand, which yielded the 2019 title for Montoya and team-mate Dane Cameron, concluded after last weekend’s Sebring 12 Hours IMSA finale.

He made his first Le Mans start with the United Autosports LMP2 squad in 2018 and outlined a desire to complete the unofficial triple crown of motorsport by adding victory in the French enduro to his 2000 and 2015 Indy wins and his 2003 Monaco Grand Prix triumph.