Andreas Mikkelsen has said he does not expect an easy ride on his return to Rally Islas Canarias next week.

Mikkelsen will drive the same Topp-Cars-run Skoda Fabia Rally2 Evo that carried him to victory on Rally Hungary earlier this month.

Having dominated on his first competitive outing of the season to record a straightforward win, setting a string of quickest times to finish a minute-and-a-half clear of Gregoire Munster, the 31-year-old Norwegian believes the penultimate round of the European Rally Championship is going to be a much closer affair.

He last competed on the Spanish island back in 2012 and finished second in a Skoda Fabia Super 2000, a result that helped in the defence of his IRC title.

“Hungary was my first rally of the year but it didn’t feel as though I had been away from the rally scene for a long time to be honest. I didn’t feel rusty at all – everything felt pretty normal,” he told Autosport.

“It is nice to do rallies [instead of testing] and my preferred solution is the World Rally Championship but at the moment that is proving difficult. WRC2 and the ERC are two good championships where the competition is high and you can show your potential.

“I am very happy to be out in Canarias – I was there in 2011 and also in 2012 and I have good memories from that,” added the former Volkswagen and Hyundai driver.

“Of course, I go there to win the rally – that is what my expectation is this season. Every rally that I enter I am going for the win. 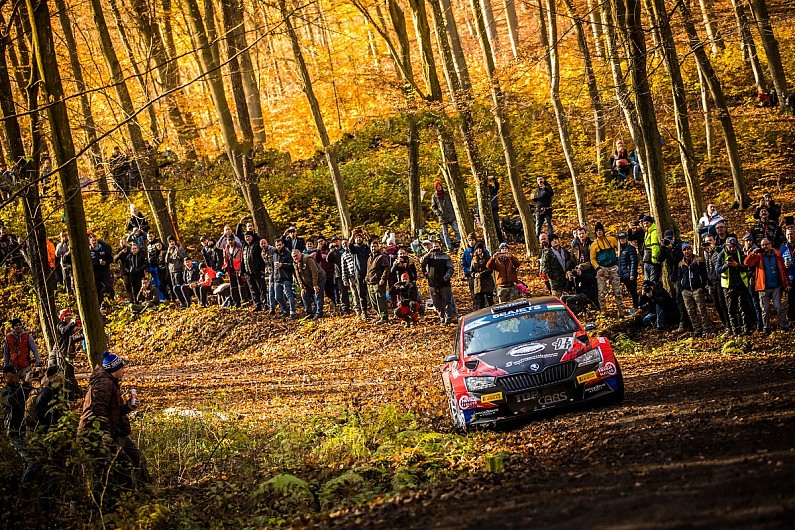 “I don’t expect it to be as easy as it was in Hungary which was very tricky because there was a lot of mud, a lot of gravel on the roads. There, experience kicked in. I have done so many rallies [like Hungary] in my life so I know how different tarmac, and things like leaves, influences the overall grip.

“On the Canaries that is not going to be the case: the stages there are going to be nice and there will be constant grip, so in one way it is an easier rally meaning the times will be much closer.

“I don’t expect to win easy because the roads are like a race track so it is easy to be fast on this type of rally. Hopefully I can open up a gap at the beginning and try and maintain it. But the aim is to go and dominate there.”

Asked how his plans for Rally Monza, the final round of the World Rally Championship, were going, Mikkelsen said: “We are not sure if Rally Monza will run or not at the moment [due to COVID-19] but if it does, getting a WRC car is proving difficult.

“I am trying to organise WRC2 or even WRC3 – basically, to do it in a R5 car. That is what I am trying to do and I think it is quite realistic that we will be there.”