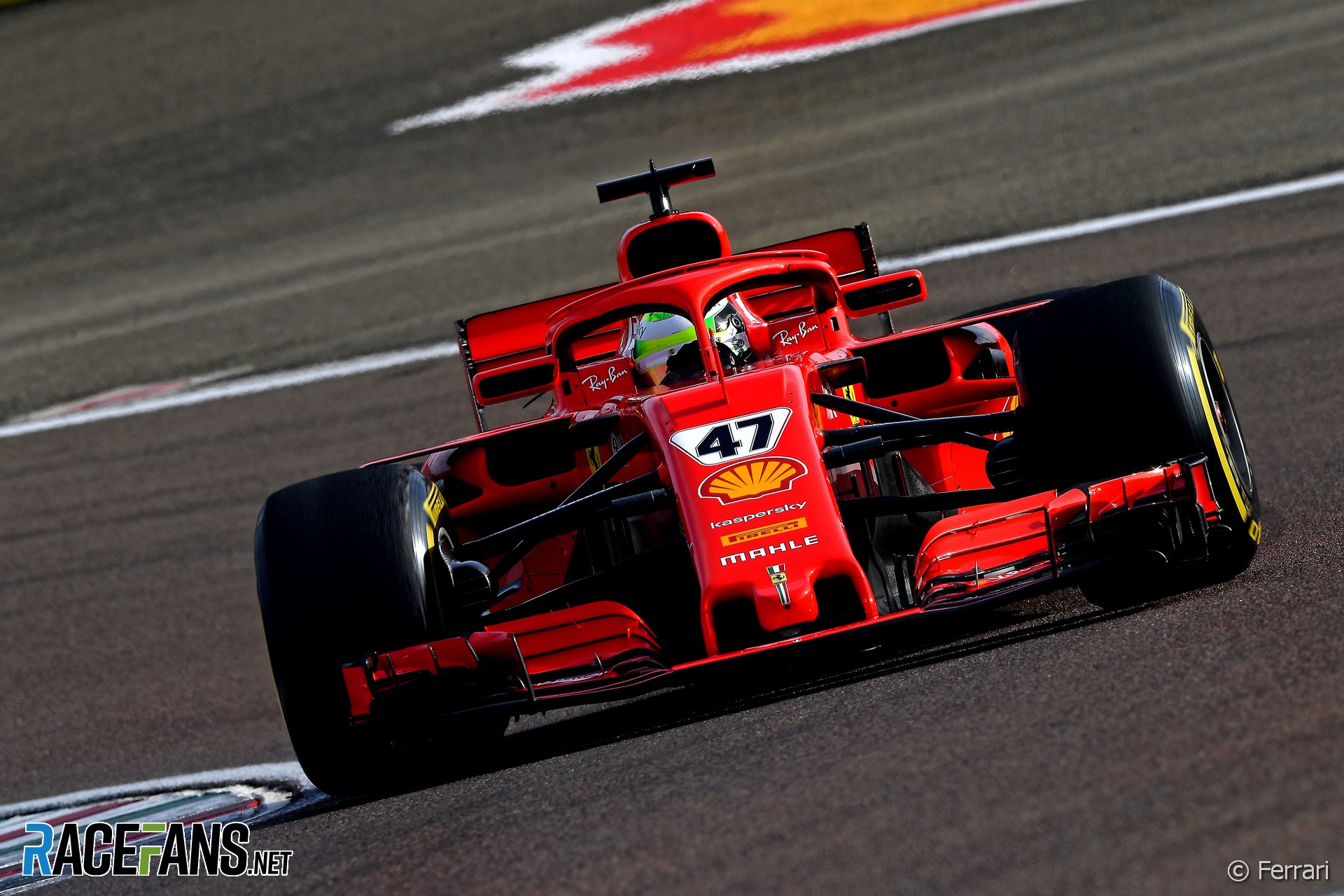 Sporting the number 47 he will race this season, Schumacher drove the 2018-specification SF71H the team has been running at its Fiorano test track since the beginning of the week.

While the team’s race drivers Charles Leclerc and Carlos Sainz Jnr covered over 100 laps each over the previous two days in the car, Schumacher’s mileage was around half that. Ferrari said the day’s objective was to “refamiliarise” himself with the car ahead of further running tomorrow, and that his day had been “trouble-free”.

“Today has definitely been a positive day at the track,” said Schumacher. “We managed to get through the entire programme that we had scheduled without any problems and it was clearly very useful to be able to get through so much mileage at the wheel of a car in view of the coming season that will be starting in about a month and a half with the pre-season testing.”