M-Sport Ford team principal Richard Millener believes that any of the World Rally Championship’s top drivers can win Rally Monza even with the safety net of snow tyres.

Following a change to the supplementary regulations, teams will now be allowed to include eight snow tyres in their total allocation for the title-deciding event, with these available across the four days of competition.

The amendment was made with the FIA’s approval and communicated to teams and competitors earlier this morning.

It means that Rally1 crews will have 24 hard compound Michelins (Pilot H5), 18 soft compound (Pilot Sport S6) and 12 wet tyres (Pilot Sport FW3) with the non-studded Pilot Alpin A4 making up the rest.

Millener told Autosport that it was always highly likely the snow tyre would be added as Michelin had taken these to the event, which leaves the circuit and heads high up into the mountains on Saturday.

Photos and videos appeared on social media today of alpine roads that were covered in a thick blanket of snow as competitors performed their recce.

“We are well covered [for tyres] and as far as we are concerned the snow tyre can be used throughout the weekend, so let’s see how it plays out,” said Millener.

“I think the whole rally is going to be tricky and I think the potential for snow means that anything can happen – it will be a great title decider and for any doubters who said Monza was not going to be a proper rally I honestly think we are in for one. 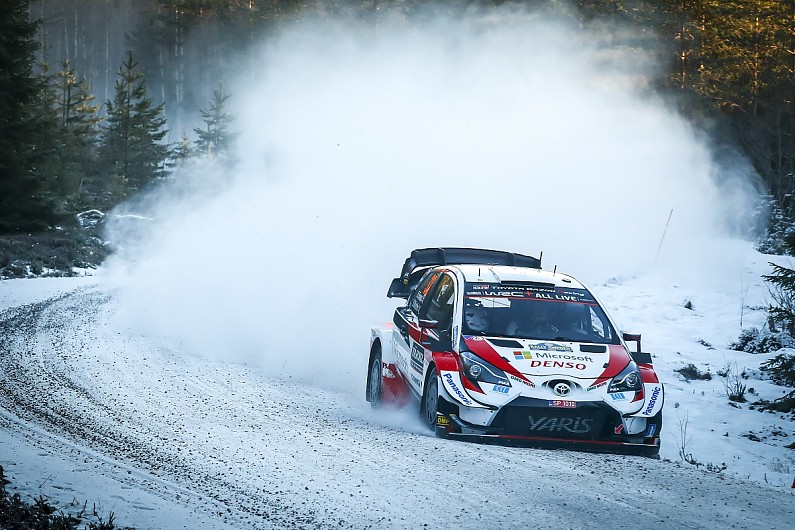 “I am really looking forward to it. It is going to make for a really interesting weekend. Anyone could do well here depending on what conditions they get – and what the weather is like at the weekend.

“Obviously, a lot of people have seen the pictures from the recce – it is pretty tricky today,” he added. “But let’s see what happens in the rally. It’s cold here at the moment but it is also raining in the service park in-between some snow and nothing is settling here.

“The snow is settling up in the higher altitudes, so let’s see how that develops in the coming days for the actual rally, but I think Michelin was always aware of the snow tyre – they were always going to bring it with them just in case, and it has been added now to the bulletin as we move closer to the weekend.”

Elfyn Evans leads the World Rally Championship by 14 points and is aiming to become the first British driver to secure the title since the late Richard Burns in 2001.