Mercedes has confirmed that a member of its Formula 1 team has tested positive for COVID-19 ahead of this weekend’s Eifel Grand Prix.

As part of the regular screening for COVID-19 completed at all F1 events this season, paddock personnel and team members are required to undergo a test every five days.

In a statement issued by Mercedes on Thursday ahead of the race weekend at the Nurburgring, it was confirmed that a member of its team had tested positive.

“We can confirm that a team member has tested positive,” a spokesperson from Mercedes said.

“This has been handled and is being handled in line with FIA protocols, working closely with the FIA.

“We ask for your understanding that we won’t be offering additional details.”

It marks the first known positive test for a member of an F1 team during a race weekend since Sergio Perez’s diagnosis for COVID-19 ahead of the British GP at Silverstone in July. 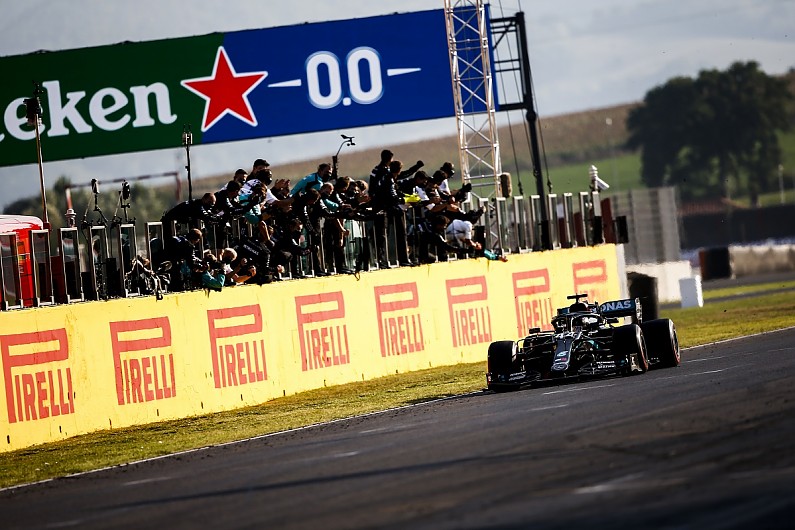 There have been 26 reported cases since F1 began its testing regimen at the end of June, but the majority have been limited to ancillary personnel not belonging to any team, or to F1 or to the FIA.

Close to 50,000 tests for COVID-19 have been completed on F1 personnel in that same period.

The next full update from F1 and the FIA regarding testing numbers and cases is due on Friday as part of its weekly reporting.

F1 has operated under strict protocols throughout the 2020 season to date to prevent the spread of COVID-19, limiting the number of personnel that can attend ‘closed events’ and restricting movements within the paddock.

There are also restrictions and guidelines on what paddock personnel should do away from the track on race weekends and between events on consecutive weekends.

The protocols have given the FIA confidence that it is able to race anywhere with these protocols in place in the future, albeit facing limitations with various countries’ travel restrictions.

The member of the Mercedes team who tested positive will now be required to isolate to prevent a spread of the virus, with further tracing due to be conducted in line with the FIA’s protocols.