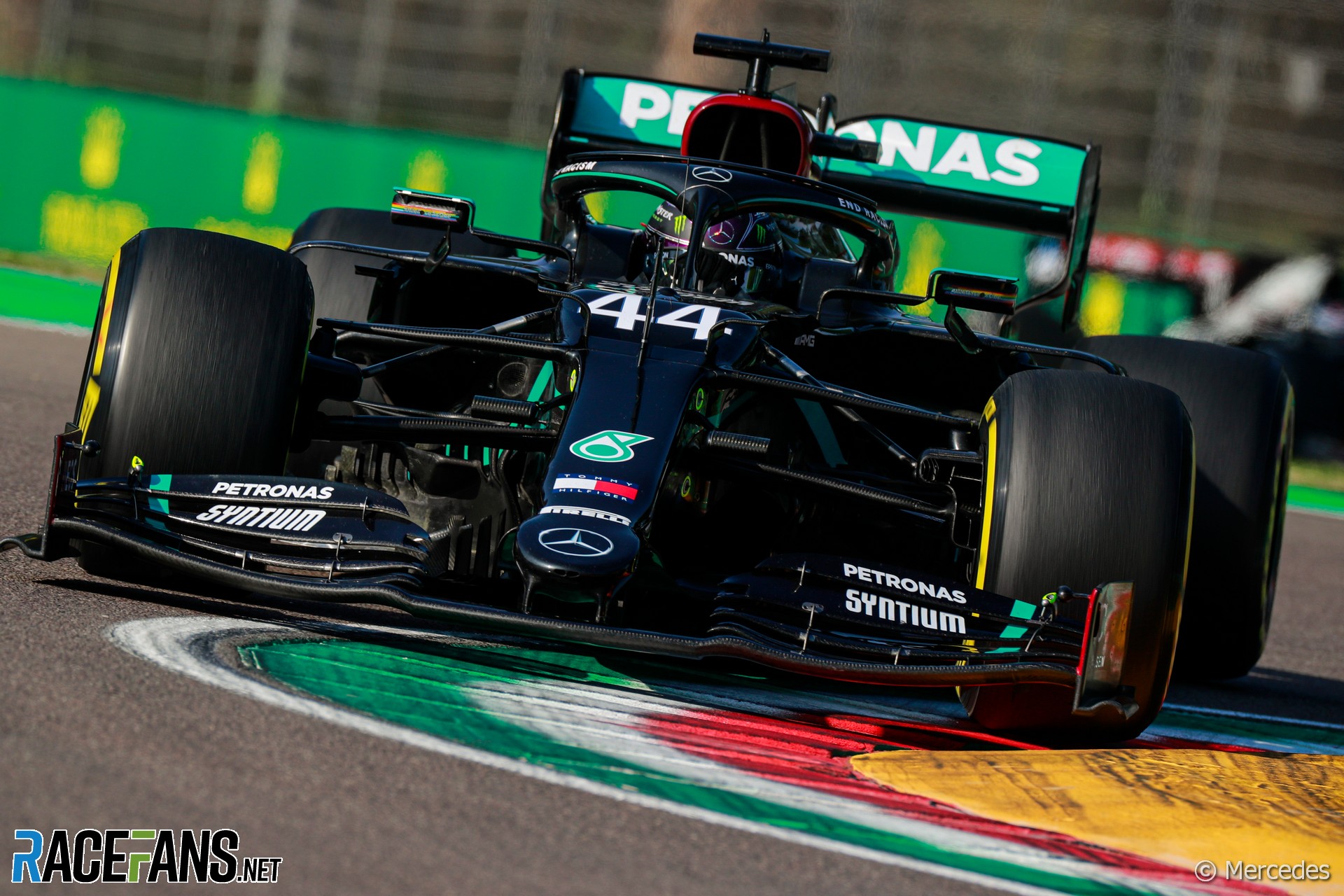 Mercedes have won the constructors’ championship for the seventh year in a row, setting a new Formula 1 record.

Max Verstappen’s retirement from the Emilia-Romagna Grand Prix means Merecedes can no longer be beaten in the constructors’ championship fight.

They have beaten Ferrari’s achievement of winning the title for six years running between 1999 and 2004. Earlier this year Mercedes surpassed Ferrari as F1’s longest-reigning constructors’ champions.

Mercedes has dominated the V6 hybrid turbo era, winning every world title since the current engine formula was introduced in 2014. Until 2016 they were almost unbeatable, winning 51 of the 59 races in that time. Ferrari and Red Bull were stronger rivals over the following seasons, but Mercedes sustained their unbeaten run in the championship.

In 2020 they have returned to their former level of dominance. The team has taken pole position at every race so far this year.

Mercedes drivers have also monopolised the championship silverware in that time. Lewis Hamilton won every title from 2014 to 2019 with the exception of 2016, when team mate Nico Rosberg took the crown.