Supercars champion Scott McLaughlin has fulfilled the requirements for rookies entering next year’s Indianapolis 500 by completing a series of laps of the oval.

While reigning Indy 500 winner Takuma Sato of Rahal Letterman Lanigan and two-time series champion Josef Newgarden were carrying out aero tests for IndyCar, track time was made available for three-time Supercars champion McLaughlin to complete the requirements of all newbies at Indianapolis Motor Speedway.

On the Friday before the race weekend, it was also confirmed that he would be racing a fourth Penske-Chevrolet full-time in the 2021 IndyCar Series, alongside Josef Newgarden, Will Power and Simon Pagenaud.

After his initial IndyCar test last January, McLaughlin impressed by lapping Circuit of The Americas with the third fastest time in Spring Training in February.

Just two days later, he got his first taste of ovals with a day at Texas Motor Speedway, but Wednesday’s Rookie Orientation Programme was his first chance to turn laps on the iconic 2.5-mile Indianapolis Motor Speedway. 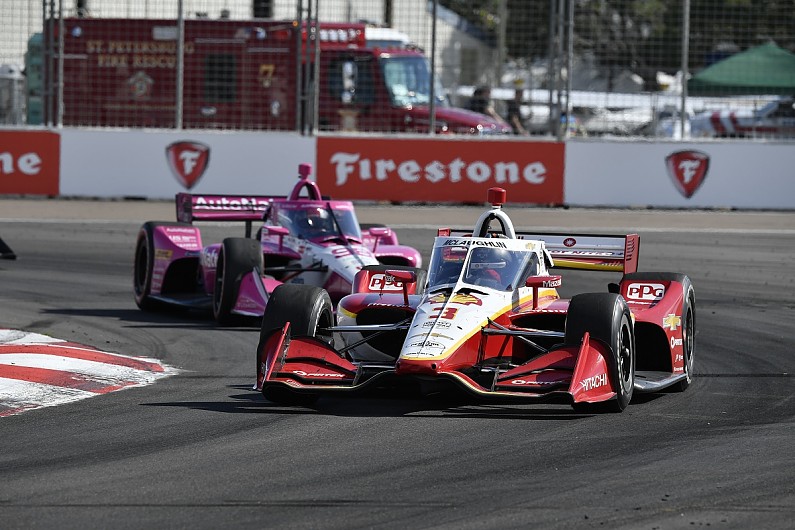 He said: “I think IndyCar do a fantastic job with how they do the rookie mileage, and get you running up to speed.

“It felt really comfortable. It took me 40-odd laps to get my foot to stay flat [on the throttle] but eventually I did.

“You see a 90 degree corner and you’re like, ‘There’s no way can I go flat out there, no way.’ And then you just hope that it sticks and it does.

“Team Penske have got an awesome package here for me to build up to speed and know what I’ve got underneath me, so I’m very lucky in that regard.”

Asked what turning his first laps IMS meant to him, McLaughlin replied: “One, there’s satisfaction because I’ve worked very hard for this.

“But the feeling of driving for the Captain and having that from him… as a racing driver you’re built on confidence and trust so it just skyrockets when you drive for a person like him.

“I’m feeling on top of the world right now. I’ve ticked all my goals and I can race in the Indy 500 now and that’s exactly what I’m gonna do.”

Regarding the scale of the Speedway, he responded: “It’s big enough without people in it – I can’t imagine what 400,000 would look like inside.

“I’ve only been around the side [of the track], I’ve never been in this sort of cathedral right here [front straight grandstands] in pitlane, so I can’t imagine what it’s gonna be like at driver intros. Super excited.”