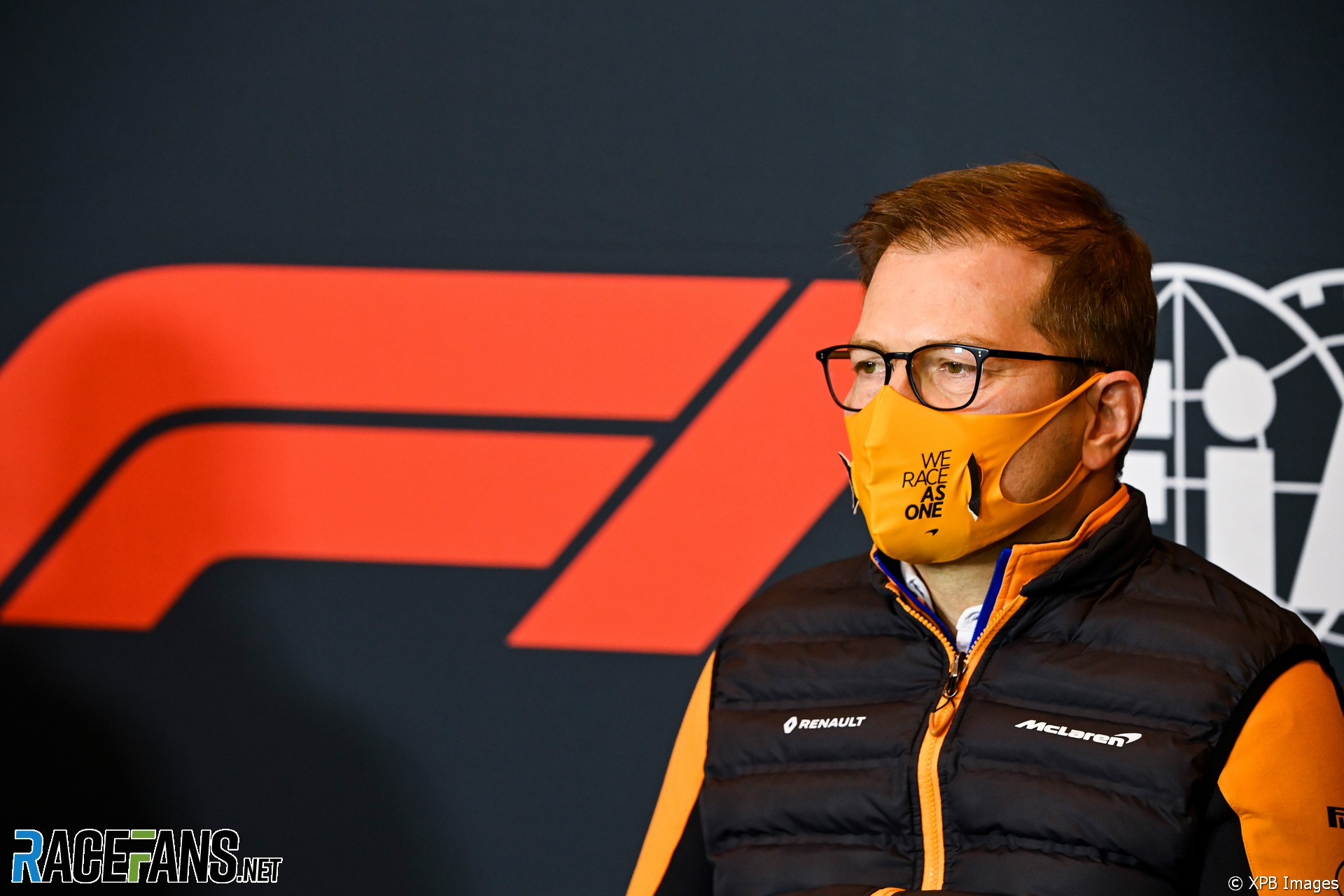 McLaren’s plans to renovate its wind tunnel will not be affected by discussions around a possible ban on their future use in Formula 1.

As RaceFans revealed last week, the F1 Commission recently discussed the possibility of banning wind tunnels in 2030 to reduce costs and emissions.

However McLaren team principal Andreas Seidl said the team will press ahead with plans to bring the wind tunnel at the McLaren Technology Centre up to modern standards.

“The discussion we had during the F1 Commission, which is still in its early days also, is something for the long-term,” said Seidl in response to a question from RaceFans.

Seidl believes computer simulations of the kind of development work performed in wind tunnels are not yet sophisticated enough to replace them entirely.

“We definitely see as well that there is a slight possibility in the long-term future to ban at some stage or to reduce massively the use of wind tunnels with CFD [computational fluid dynamics] progressing fast,” said Seidl.

“But at the same time if you look at what CFD can do nowadays we are still far away from not using wind tunnels for various reasons. So the discussion we are having and we had there is not having any influence on any shorter, medium-term projects or decisions.”

A possible ban will “definitely not” alter McLaren’s plans “in the short and medium term,” said Seidl, “because it’s simply not there yet.” Albon admits he ‘should have backed off more’ in crash · RaceFans